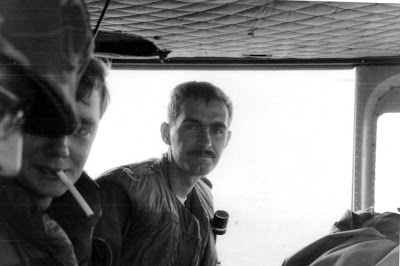 In my time in the service, I met a lot of people that I remember very well. The XO of the gun battery I was first assigned to the 1st Battalion, 92nd Artillery was a fellow we all called Gentleman Johnny Lott. He was from the South and had a very soft drawl and whenever he would talk to the cannoneers in our unit he would say "Gentlemen, listen up." In spite of being one of the dirtiest bunch of guys you would ever want to meet, he always called and treated the guys as gentlemen.
He and I were not in the same place very much. He rotated home and I became the XO of the battery. I wish I could tell you funny stories about John but mostly I heard the stories about how calm he was and much he cared about the men in our battery. I hope he was able to carry the calm intelligent person he was into his later life.
MUD
Posted by MUD at 10:34 AM