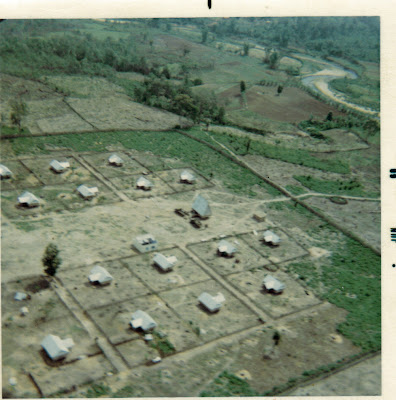 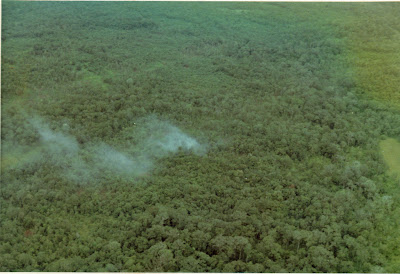 View from the back seat of a Bird Dog 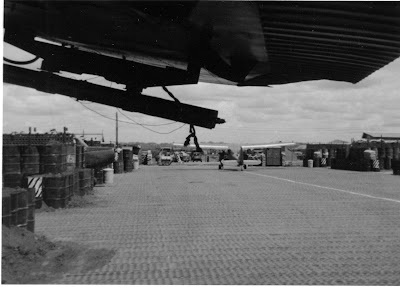 No, not the kind that my grandfather had to hunt pheasant with in north central Kansas, but those itty bitty fly slow, fixed wing Cessna aircraft that the Army Flew. There was a front seat for the pilot and a back seat for an observer. The front seat had all the gauges and controls. There was a set of pedals that folded down and laid on the floor and a joy stick on the bulkhead that was held on with nylon straps and snaps. With a couple of minutes work, you could fly From the back seat but I sure as hell would not want to try to land one from back there. If you were very tall, you probably could reach the engine controls and the trim wheel but neither one very well. They would take off and land on short little airstrips all over the place and even though it took hours to get there, they seemed to have enough fuel to fly all over the place.

If you were assigned to a position that authorized flight pay, you got an extra $100 bucks a month more pay for being there in the back seat. More often than not, I wound up in the back seat of a bird dog without the benefit of extra pay. I got pretty good at reading a map from whatever altitude we flew at and even had a little "stick time" when one of the pilots had been up late the night before and we were going long distances to do a job. Most of the time, we would fly out and see where there was a river on the map that had an easy spot to locate. A lot of the time it was where two rivers came together. We would shoot artillery units at those points to help them improve their accuracy. That was called a registration mission and we would shoot by trying to bracket the target and hitting the target as close as we could. Most of the time it was pretty accurate fire unless it was a 175mm unit. If they got within 500 meters of a junction we called it target and moved on. When I was at Fort Irwin, CA I safetied one of those 175 units and the damned powder was re-bagged stuff from the USS New Jersey and bagged somewhere in the mid 50's. It was so varied in quality that you were lucky to have two shells hit in the same 1000 meter grid square from guns fired almost side by side.

On east out of Dakto, the road at one time went over to the border where Vietnam met Laos and Cambodia. All along that border was a beaten patch about 1000 meters wide where the Air Force would bomb the "Ho Chi Min trail". I had never seen the area and one of the bird dog pilots decided to show me where it was and what it looked like. About three miles west of the border area there is a small ridge of mountains running parallel to the border. The pilot flew up to the ridge parallel to the small peaks and was going to slip up and over the tops to then be parallel to the border. Just as we cleared the point where he would give some right rudder and fly over, we saw a North Vietnamese convoy with a ZSU-4 front and back. I'm sure that we caught them just as off guard as we were.

The pilot said in a calm voice"Don't do anything" he managed to have enough airspeed for us to fly back up and over that ridge out of the line of fire of those quad 51mm guns. With radar control, they could and should have just blown us out of the sky. There is just no way to explain how an aluminum aircraft escaped being blown away but luck was on our side. I think we were so slow and quiet that they didn't see us until it was too late to slew their guns back our direction and shoot us in the butt as we dodged death.

It took me all of just a few seconds to call the nearest artillery unit and start firing at that area. I know that they weren't supposed to shoot across the border but I gave them a grid 500 meters on our side and then added 500 meters to that. Soon after that, an Air Force Forward Air Controller (FAC) came up on station and every plane in about 200 miles came and flew up and down that area.

I managed to escape death that time and next time I'll tell you how I managed to cheat death in a later post.