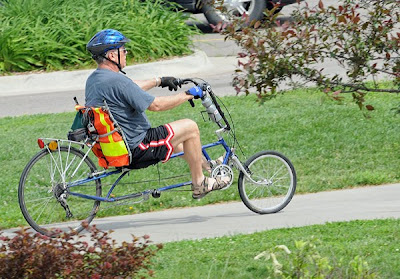 HERE'S WHAT YOU SHOULD BE DOING

Yesterday I wondered what should be included in the curriculum to make our kids better here is part two of that discussion:

Over my lifetime of learning, I have participated in many "touchy feely" activities that were designed to help us see the other guy's side of things. Quite frankly, I don't think that these were good for me after I was about 15. Perhaps I would have benefited from them much earlier but in a lot of cases, I saw the other guy and how he lived a lot closer than others. I grew up poor in a pretty poor neighborhood. I would tend to call it the cream of the crap. There was a lower/upper class neighborhood and then the really upper class neighborhood at our school and I mixed with all of them from kindergarten to the 9th grade on a daily basis.

For some reason, a lot of our disagreements as kids were settled with good old fistfights. You don't really have a good feeling for someone else until you have punched them in the nose. Yes, I know that today most kids would get thrown out of school for such behavior but I think there are alternatives. One we used in the Military was the good old fashioned pugil sticks. We would put on a helmet, a groin cover, heavy gloves and be issued a stick with a padding on each end. The assigned combatants would fight it out until one was declared the winner. Quite often it would be when one guy was knocked to the ground. I don't seem to have any scars to my psyche and in most cases, when it was over, it was over. In the movies, a lot of the kids were given big boxing gloves and allowed to go at it. Of course, today the Political Correct Group would shout Nay at any thought of fighting but it was one way to really learn a life lesson that a lot of us learned. I promise you that the school bully would think twice if you punched him in the nose first and stood your ground. It was my way of helping him share my feelings at least at the point of impact.

In high school, we were playing a form of soccer that was a lot like combat without guns. One of the guys that was pretty stocky and not too tall just took out our goalie with a flying shoulder. I think he broke his nose and was pretty bruised up. The next time we got the ball back I looked for that guy. He was jumping up to get the ball when I hit him with a cross body block that put him face down in the dirt. I waited for him to get up and told him that he now knows what the goalie feels like and if he ever hurt someone else, I would show him what that injury felt like. He went down and replaced their goalie and never ventured out on the field again. Yes, I know it is different today and the coaches must be there at all times to keep the first incident from happening. There were probably 500 guys in my gym class and the coaches would stand around and talk not caring who or what was happening.

In my travels throughout the world, I have seen a lot of people living with a lot less than I have. From the tar paper shacks in the hills of Arkansas, to the cardboard shacks of Panama and then Vietnam I have seen people living in conditions a far sight worse than I ever had it. As a Forward Observer out with the Infantry, sleeping on the ground gave me a whole new perspective. Throw in the Monsoon season and you can really see the miserable side of life. I think I liked the mountagnards of the Central Highlands better than the people in the villages and cities as they would never take a gift from you unless you took one from them. Instead of begging alongside the roads, the kids would stand and salute you. If you threw them one of those tropical chocolate bars, they would throw them back at you.

I look forward to hearing what other people think about teaching compassion and feeling for your fellow man. I use this term like I do mankind and do include women as I really need help there.