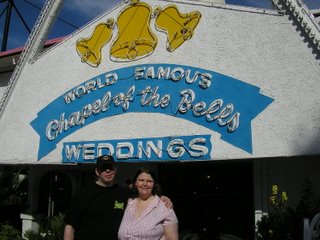 When I was a teenager working in a gas station, my sister would come by with her girls. Janet was five and Carrie was three (Close enough for a story). I really loved those little girls and could listen to them giggle all day. A game we played was for me to sneak up on them and growl in an open window. They would scream and then giggle. One day Carrie got her feet twisted up in a blanket and she fell against the back of the stationwagon seat. It caused her to break a couple of teeth and I was mortified. After she calmed down she was asked what she wanted. Broken teeth and all she wanted ice cream. (True Petty Trait) As she ate the ice cream she would say, "Mean Uncle Denny" so yes, I came by the name MUD the hard way. By the way, Carrie has grown up into a fine young woman and I treasure her laugh as much as I treasured her giggle.
Yesterday Da'Barbs made pretzels here at Rabbit Run. In true Petty make fashion, my son Dave married a Barbara so between his mother Barbara and his wife he only has to remember one name. He calls his wife "Sugar Whoompis" a name, I can't bring myself to use so I will refer to them as Da'Barbs in the collective and Barbara for my wife and Barb for my daughter-in-law. I never thought of Barbara as a Barb, Barbie or any nick name until I called her school and asked to leave a note for Barbara. The clerk said,"who?, Oh you mean Barb in Special Education." Shows you what being married to someone for almost 40 years will do for your smarts.
It is really funny that Dave's wife and I are a lot alike in many ways. We both have an adventurous attitude about eating. Most of the time there is a check mark in the food column for yes. Dave and Barbara will go to Long John Silver and eat Chicken. They neither one like seafood or shrimp. They will eat tuna from a can and I can't abide the stuff. They would eat it when I traveled. I can eat a tuna casserole once in a blue moon but never a tuna fish sandwich.
Barb and I also have a love of laughter and think most things are funny. Barbara is more serious and left the room three times when Kris DeMauro cracked her up this last weekend. I think it embarrassed her to laugh that hard. The rest of us just joyously laughed at all the "Fire House" humor.
It is a rainy day here in the Heartland. There are 80% chances of 100% rain for most of the day. It really crimps my riding style to go out when the sidewalks are wet. It is also only about 60 degrees and wet makes a bad combination with cold. I really hate to call Kansas the Midwest. For some reason, Ohio and that area coined the name Midwest years before there was a true west. They aren't even the middle, they are at best the western part of the east. The geographical center of the continental US is in Kansas. Not too far from the World's largest ball of bailing string in Cawker City, Kansas. We also have the largest Hand Dug Well, and slope up all the way to the Colorado border. There is an annual bike ride called Bike Across Kansas(BAK). They ride from West to east across the southern part of Kansas. This year they almost had to call it off because of a bad batch of food. The rule was if you threw up or had diarrhea you had to stop riding. Someone also noted that there was a definite shortage of hand washing equipment at the break areas. That is one of my goals is some year to ride in BAK. I haven't heard from Jennifer since she was to complete the MS 150 last weekend. I wonder if she made it OK. I sponsored her ride this year.
The picture at the beginning of this post was supposed to go here but this blog site put it at the top of the page. Oh well, It is Barb and Dave on their last visit to Las Vegas to see her dad. The kids looked up the chapel of the bells where Barbara and I was married in 1968. The kids are going back to Vegas in June of next year and going to have their vows renewed by a Klingon. I'll let you know more as the date gets closer. It is cheap to fly there so I invite all of you to come the first weekend in June to see the kids re-do their thing. I know they really got married because it was here at Rabbit Run this is just a renewal kind of thing. Gotta Run. Wish I could have said ride but oh well, what the hell, what the heck do we care. (More on that next time)
Posted by MUD at 11:33 AM