Middle of the Week Musings 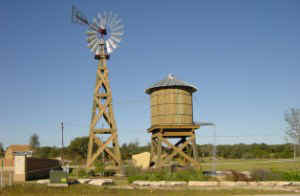 Do you ever wish for return to earlier more simple times? I do wish that the independence of our grandparents could be somehow distilled into a simple remedy for society. My grandmother lived on a Widow's pension from Grandpa's WWI service and by giving piano lessons. If you lived in Eldorado, KS in the 40's and 50's as a kid, you probably took piano lessons from Bessie Petty on west Central Avenue. As much as she screeched at me, I don't remember her complaining about property taxes due. I know she didn't talk about the high cost of maintenance and gas for a car, she didn't have one.
On the other hand, the 50's were a time that we crawled under our desks and prepared for the big bang that was going to blow our mutually assured destruction ass holes away. We even took a day out of schools and went to Clearwater to get away from the target of Beech Aircraft there in East Wichita. It was a hoot. One of the guy's mother had a convertible and we rode top down all the way there and back. You wonder why the baby boomers are screwed up? Our message was no matter how bad the outcome was to be, you could go in style and have fun doing it. Work hard? hell, you could pick up pop bottles and got to Womack's grocery store and get enough candy to rot out your teeth. Little Denny, can use Rotterdam In a sentence? "My sister ate my Halloween candy and I hope it rot her dam teeth out.
What is the sound of a 250 lb guy falling on the ice. This is a trick question, as you can't hear the fall for the big guy hollering "OH SHIT" as I fell. I'm not sure if I am falling more or because I am older the falls seem harder on my old body. Hell, as a kid I fell all the time, got up dusted myself off and moved on. Now days I need and extra Aleve and an ice pack to go out and feed the dogs.
Of all the cars you have owned, what is your favorite? Was it the first piece of junk you owned? Was it the one and only new car you purchased? (I will leave out the Vega that we purchased new as it was a bad dollar for dollar investment by any standard) Was it the car you proposed to your wife in? The first car you had sex in? I'll admit that the 57 Chevy in the garage is pretty darned high on the list but I can't drive it in bad weather. My old 53 Chevy pick-up truck is getting higher on that list all the time and I'm pretty sure that when I get the new door and fender on it will be about there. It does have a new radio but still needs an air conditioner for true summer drivablity. (How can you spell check a word that the dictionary doesn't know?) There are a couple of old Volvo's I thought pretty highly of but I'm sure that my dad influenced that vote.
Oh well, another hour shot to H, E, double toothpicks. See you on the flip side.
MUD
Posted by MUD at 9:26 AM