Am I the only one that thinks something needs Changed 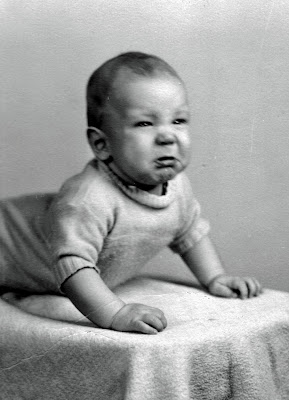 No one really cares about the ongoing People, Places and Names blogs so I am going to unload something a lot more important. Here goes:


It all happened before breakfast today as again we tried to discuss the current economic problems in the United States. I think we have a pretty good agreement on what's bad but not on the way to fix our problems. Unemployment is high which keeps tax revenues down and because of the high unemployment rate, the military spending and support to those without jobs. The Government is looking for ways to spend us out of our problems. The only thing we really agreed on was the quote in the paper: "If you laid all the economists end to end you might have trouble reaching a conclusion."


Some of the easy answers are to tell all those people that are importing the glut of things into our country is that we want equal access to their markets. Send us a TV, you must buy a steer or a bunch of wheat. Not a perfect solution, but one that is a good place to start. Send me a barrel of oil, and you must buy some wheat. Yes, I know that right now we can't drive our cars on wheat so we must import oil. Even if we tell everyone to sit down and shut up about where to drill, the oil will run out one of these days and we will all have to have some reserves or a damn good way to power up our vehicles. Talk about the economy coming to a halt, stop the flow of diesel.

My feelings is that there are two things really wrong. First there needs to be more taxpayers not new taxes. Second the people telling congress to spend money of their "pet" projects need to be told that when the income is greater than outgo, we will start paying off the National debt and when that is fixed, the Congress might have money to build things that should be paid for at the Local and State level. No more good ideas until the reality of life is faced by the President and the Congress. No one will get any raises in Government until they figure out how to spend less and start facing the reality of the fact that there just isn't enough to support the current spending let alone face the debt we owe. I would put Barbara in charge and let them explain to her why they need to travel to some exotic place for a "Fact Finding." I'll bet a few times facing Mrs. , "Not with my money you don't" and I'm pretty sure that they will begin to understand.
With that said, if the Air Force is flying a cargo plane to a war zone, the Congressmen should be allowed to ride along with the cargo. Air Force One would be flying our soldiers home from all the world wide bases and not until we have our soldiers home and our borders secure could the President fly in that critter.

It is as plain as the nose on my face that at least half of the people out there in the US are not willing to admit that the road we are on leads to a debtors prison. I say we need to declare war on the Poverty our Country is headed for and start to fix what is wrong! Making Washington more rich isn't the answer.

If Dennis Petty has to explain why he needs to buy something, so should congress.