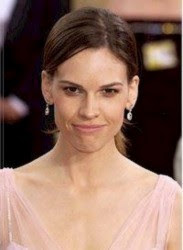 I grew up in Wichita and my backyard was the Beech Aircraft Plant parking lot number 1 along Central Avenue. Each day, I saw many planes take off and land and my dad was a Beech Crafter. We went to air shows and I have always been fascinated by air planes and stories of pilots. A nearby airfield had a F4U Corsair sitting behind a hanger and I had hundreds of hours in that plane pretending to shoot down those dreaded Mitsubishi Zero's. In the Army I got clear down to in the process to signing my name to go to flight school. They had on the form "Rotary Wing" (Helicopter) Flight school and I declined at that point. But, that all just sets up the rest of the story. Amelia Earhart was from Atchison, KS and I have attended the annual air show there a couple of times.

In spite of recent protests that I don't go see many movies, we went to the first showing of Amelia yesterday. Most of the story was pretty much centered around her exploits as an adult woman and the story of her disappearance. It was nice that they didn't make up alternate endings, just the fact that she did not arrive at Howland Island as she needed and was lost. In spite of the bummer of an ending, much what we all knew happened, the flight scenes were spectacular. It was hard for me to feel fear when she was in trouble because of the beautiful scenes. In fact, if there was a flaw, it was the lack of detail glossed over by the magnificent photography. I know that pilots sit down with a map and plan their flights to the smallest detail. How much weight, route to take, winds aloft and weather are all considered. I felt that at least if they had put up a map on her trip around the world trip at the end instead of magnificent scenery and interesting people, it would have made for a lot more informational movie. But, that's entertainment and I don't want you to think for a moment that I wasn't entertained.

Early on in the movie, Hilary Swank became Amelia Earhart and other than a non-Kansas accent a time or two she was a wonderful actor. I became drawn into her world and soon forgot that she had played the part of a girl pretending to be a boy in "Boys Don't Cry". Richard Gere played her promoter husband and supported the role of Amelia without taking away from the movie. It will be interesting if he is a leading actor or supporting actor when the next Oscar's are voted on.

Ewan Mcgregor played Gene Vidal, father to William Cuddy playing Gore Vidal. That part of the story I didn't know. Vidal was doing his best to sweep Amelia out of her marriage at the start of Aviation in the United States. An additional draw was his son Gore who was portrayed as child Amelia never had. Filler in an excellent story.

I guess if you have an hour or two to kill, go see Amelia. I will warn you that the movie theaters think Dolby Digital at 100 decibels for the previews is standard. You could arrive almost 25 minutes late and still see all of the movie here in Topeka.