KANSAS IN THE FALL 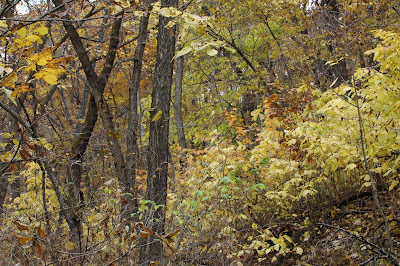 In the movie, Forest Gump, he quoted his mother as saying, "Stupid is as stupid does." Yes boys and girls, I said something really stupid yesterday and it was so stupid that both Barb's are hurt by my insensitivity. The part that really hurts is that I didn't even realize until much later that what I said was so hurtful. Somehow I need to work on that and do some self examination.

Barb N and her friend Mel came over yesterday to use Barb's guidance as they all carved pumpkins. Has anyone told you to clean up your house, company's coming? If they are coming to carve pumpkins, don't bother with the floors. There are little orange streaks from the kitchen to the dining room. I did work on an experiment with some orange glow wood floor cleaner and some of those micro fiber cloths. Now I will need to finish the entire job with the knowledge that I know how to do a good job. The pumpkins were works of art and thankfully both girls took home their creations. I am left with a green pumpkin that looks like a snake and a pumpkin mouse house.

Our son was born in 1975 and today turns 34 years old. We are going to take them out to dinner. We asked Dave what kind of a party he wanted and his answer was to go out. The choice of where will be his. So long as Da'Barbs will forgive me, I won't have to eat crow, too much.

The weather has take a turn back towards the Indian Summer and the temperatures are back in the 60's for the daytime highs. Should that be daytimes high? Oh well, it will be warm enough to ride if we want.

Have a great week out there.