Who, What, When, Where and Why; and Spiders 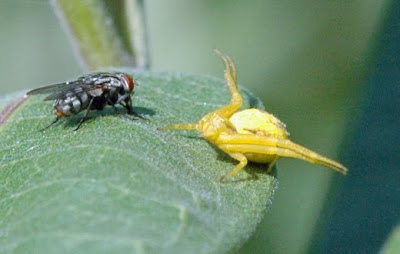 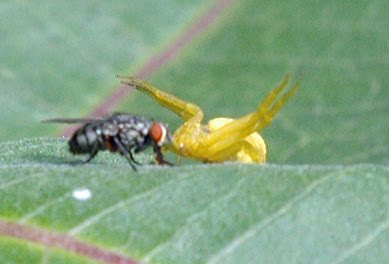 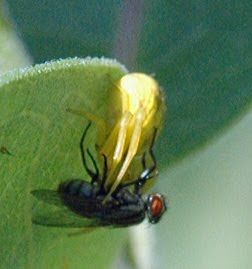 When I went to school, the teachers said that the first paragraph of a good news story needed to tell the Who, What, When Where and Why (If available). In today's paper, there were so many stories that failed to tell these important points that I felt like I wound up dumber for reading the paper. One story about a shooting in a Nevada WalMart never did tell you in what city in Nevada or the name of the person arrested. There was a quote from a Reno spokeswoman for the Reno Police but darned little info. I won't go on any more but to mention that an editor let the mention of Prostrate Cancer get through the process? That darned prostrate cancer will just lay you low.

Just so you know, Barbara is from the group of people that actually like spiders. She thinks that anything that eats other bugs is just fine with her. Her friend, the Shawnee County Extension Agent, Jamie Hancock wrote an article about them in today's paper. I know that this is the only person Barbara likes more than Martha Stewart. Most of us are really freaked out when we find ourselves directly involved with spiders. I really hate it in the late summer or early fall when they build webs across the path and I have to find them by having my entire body covered with those damned sticky webs and on occasion a spider or two. Dave's wife, Barb Jr. hates spiders and I don't hold it against her.

So, as Jamie and Barbara would say, leave them alone and they will leave you the same way.