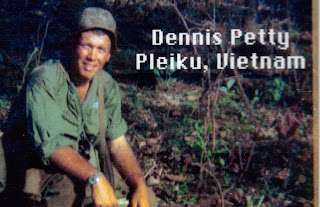 What does a cowboy "wannabe" grow up into? A soldier stupid. This was taken in 1968 out in the area surrounding Pleiku, RVN. I was assigned to Service Battery of a 155mm howitzer battlaion and once a month or so we went out beyond the wire and set up to catch the enemy setting up rockets or mortars. This night we didn't have any action and that was OK by me. I was a 2nd Lieutenant in the Field Artillery and soon after this picture was taken I went out with about 5 or 6 different units for small operations and then was assigned to a gun battery. I was too young to be really scared and didn't know about how good the chances of getting killed were. 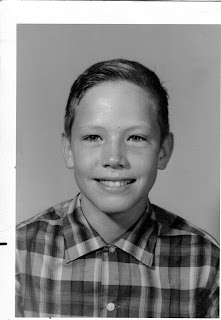 This was a picture when I was about 12. It was a school picture from Minneha Elementary in Wichita, Kansas. By this time I could out run, outfight and damn sure out cuss most of the rich kids. Those blue eyes helped me get away with a lot of the mischief that should have branded me a miscreant. 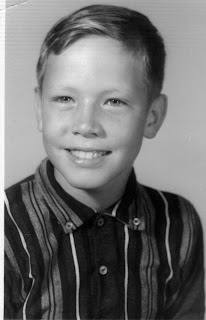 I'm pretty sure this pictre was when I was about 11 and probably didn't have a fresh haircut by my dad. His dad cut hair so my dad thought he could. Just wai a couple of pictures and you'll see his handy work. This was the year I played on a little league team called the Meadowlarks. Any team with that wimpy a name should have gone winless in league play. Somehow because of a forfeit and our one and only win we were second in the post season tournament. I played first base and catcher. 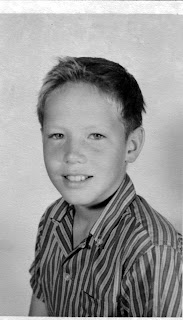 This bright and shinny 10 year old was one of the neighborhood hoods. It is a small wonder that I didn't have my sleeves rolled up a notch or two. I was way too young to have a pack of cigarettes in there. Not that I couldn't have them if I wanted them and probaly by that time had smoked a cigarette or two. No wait, this was in school so the teacher would have made sure the hoods looked kind of presentable. 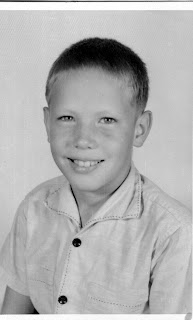 9 years old and a fresh haircut by dad. He must have secretly hated us to make us look this dorky. Oh Well, at least it wasn't hair growing over my collar. I'll bet I had on the fall pair of leather shoes. I would have outgrown them by Christmas if they lasted that long. 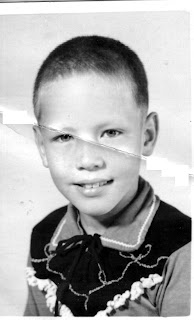 8 and a cowboy "wannabe" I think this was right in the middle of the Howdy Doody days and I also had a coon skin capo somewhere. I was all set to be an explorer and all around ranch hand. I had not really been exposed to cows at that time. First time I slipped in a cow plop at my grandpa's farm that desire kind of went away. 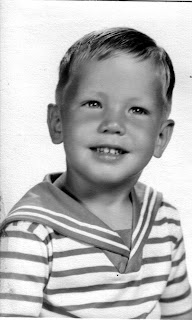 This was taken when I was about three and I think the same clothes got put away so my little brother Rick could be taken in them. Dad was in the Navy in WWII so we were dressed like little sailors. BS on that, All it took was one time on the lake in rough weather and sea sick put to rest any thoughts of a Naval career. 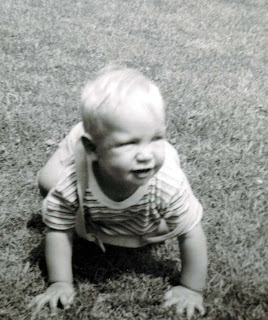 This had to be the spring of 1948. I would have been less than 1 at the time. This was the last time I was ever caught on film, on my knees. The rest of the time I was a blurr going somewhere important fast or reading a book.
Posted by MUD at 10:27 AM