Why Do I do This Stuff? 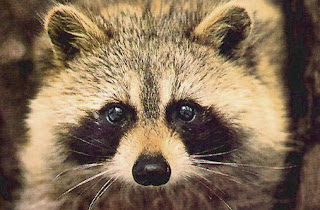 In today's paper there was an article about sports. The final point in the article was that there are three kinds of men. The first kind learn by reading. The second kind do by observing and the third kind just have to pee on that electric fence to learn. Now I know I have learned a lot by the rule of unintended consequence but I ain't from Missouri and See'n feelin' sparks from that part of my anatomy just is a little more extreme than I want to suffer. Rather be stupid than dumb.Just reading that caused Testicular withdrawal. Guys will know about this bodily reaction. It is as normal as shrinkage due to cold water.
One day this last week I was reading a blog by "Two Dogs" and he put some links to U-Tube on the side of his latest epistle. It had dachshunds and the annual race in Buda, Texas. It started out as a fund raiser and a hot dog sale. It evolved into dachshund races and now every spring, the last weekend in April they have a great big turn out to see those long wheel base low riders run down some grass track in the park. The latest race was set to the music "Who Let the Dogs Out?" If you know anything about dachshunds you would know that some will do anything to please and some must be inbred with cats. Those little critters just walk out and find a warm place in the sun. Three or four of them would race down the track and then circle back the way they came leading the rest of the pack to meander aimlessly and in some cases crash into others. Laughed my butt off watching them. Makes my heart miss Grissy something fierce. I know, Barb would tell me to go out and play with the dogs I have.
Now would be a good time to address the question about why I do this stuff? I think somewhere inside there is a book waiting to get out and I am kind of using the blog to be like an EX-Lax to help it along. Yes, I am working on my alliteration to help you have a good time passing through. (Another shitty joke to help it be light and funny)
I once heard a good story about a chain. It seams that on their way to camp one year, one of the gun trucks had a flat tire. The driver pulled over to the ditch and promptly got stuck. After an hour or so changing the tire, the crew needed to have a tow out of the ditch. The unit commander, a crusty old Captain that had served in WWII was standing there watching and someone asked him to fetch the chain off the back of the maintenance truck. Just as he started down into the ditch dragging the chain, the Battalion Commander pulled up and stopped. He asked, "Captain Brown, what are you doing down in that ditch pulling that chain?" Captain Brown who did not suffer fools gladly, calmly spit and said," Shit sir, did you ever try to push one of the sombitches?" To keep from laughing out loud, the Colonel just waived to his driver to go on. I guess I just want you to have a small smile on your face and think of me every time you think about having your chain pulled instead of pushed. That's why I do this stuff.
MUD
Posted by MUD at 9:16 AM