In a couple of days, I will be in Arkansas visiting with the first friend I ever had.  You know the kind of person that you can just launch into a good visit with no matter how long it has been since our last visit.  Harvey is one of the Superintendents working on the Walton American Art Museum in Bentonville, AR.  he has been there for almost five years and I hate to admit that this is just our second visit in that time.   He says that this November is the projected end date for the project and he is looking forward to being home in Fort Worth with his family.


I grew up in Wichita on the east side of the town just up the road from the Beech Aircraft Plant number 1 on East Central.  Harvey and his family lived two houses south of us and I think that we just formed a friendship because of the number of girls in both families.  I had two older sisters and he had three or four.  I never could keep the order of his sisters.  Marylin, Sherilyn, Carolyn, Evelyn then Harvey.   We were outnumbered six to two and they never let us forget it.  A lot of other friends came and went but we have always seemed to be friends.  Hope it stays that way.

In a stack of stuff from my mother, was a poem that looks like it was printed on a Church Bulletin. Because of the mention of a Missionary meeting on the back side of the poem, it probably came from my grandmother Petty who lived in Eldorado.  Here it is: 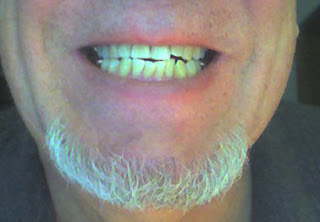