I got to watch the ESPN "Game Day" coverage of WSU and a little of Kansas.  It was great to see that all three of the main Colleges in Kansas got a win.  What else can you say about WSU's capturing the Missouri Valley Crown against the only team that beat then in Conference play this year.  Then K-State helped KU buy beating Iowa State on their home court in Manhattan.

As I sat in the stands for the KU game, I looked for the familiar face of Clifford Alexander.  I saw it, but he was in street clothes.  I had no idea and no one else does what has happened but he did not play at a critical point in KU's season.  Anyone that thinks Texas is a chump team that is easy to beat hasn't watched them play.  They are big and fast and with just a little better coach could beat Kentucky.  Kansas had to play about as well as they could to put that team away.  I love a good game and that was right up there with one of the best.  I told a nearby fan that this was a great game win or lose and he agreed with me. 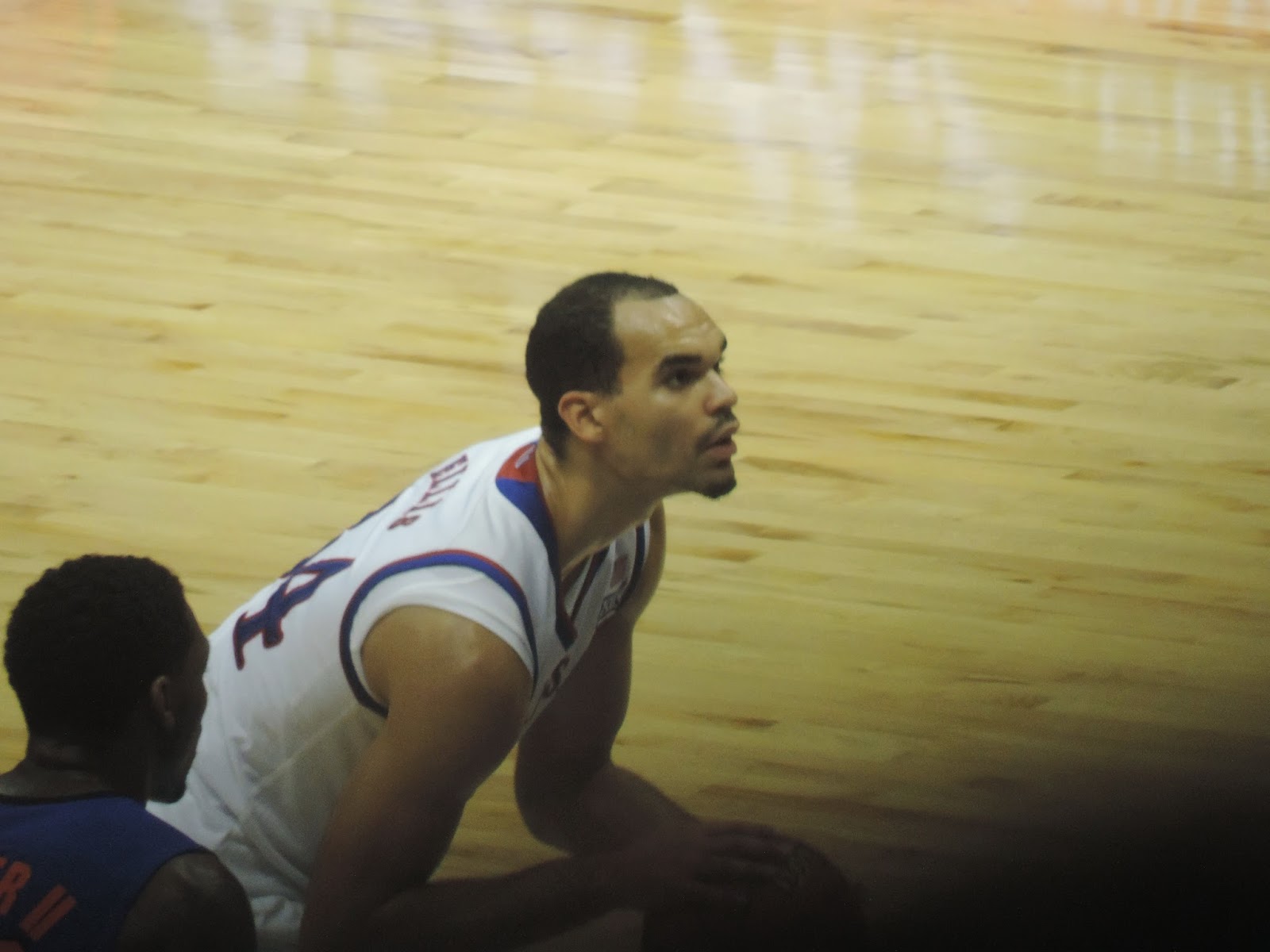 KU has a game Tuesday night against West Virginia and I for one will watch a good team play another good team.  KU has the 11th conference championship in their sights and it is theirs to win or lose.  Win against a WV and they can do any worse than share the conference title.  Lose and they will have to go to Oklahoma and win to tie.  Winning on the road in the BIG XII is never a sure thing.

Now on to the real world.  For some reason the news stories are already hyping contestants for the 2016  run to the White House.   I am personally disappointed that there is no clear front runner that has a cohesive message.   They have reported that Hillary is still working on the message she is going to present.  I wonder how she can out spin the facts.  The overhaul of the medical system was little more than a continuance of her efforts as First lady.  They have screwed up a system than needed a slight tweak not an overhaul in a way that really has hurt a lot of people.  I don't have all the answers but I sure as heck would have written a frame work that worked and can continue to be tweaked.

Now, to be fair, there were a lot of people that hated the idea of Social Security when it was passed.  It has turned out to be the foundation for a lot of people's retirement income.  I know that my Mom and Dad would have not been able to survive with out the help of Social Security.  I do not need it but it is because I  chose to work in systems that had a retirement program.  I can say pretty proudly that I have not needed the IRA's, 401 (k)s or the 503 (b) we worked to save for.

Speaking of the Tax deferred programs, I got a shock the other day when I sat down and did the worksheet as I tried to see what impact they would have.  I misread the instructions and multiplies their amounts against the 27.5 figure not divided them by that number.  We will be forces in a couple of years to withdraw approximately 4% not 27.5%.   Thank god for sanity putting me back on the worksheet.  The only question is what will I do with the additional $ other than pay taxes?
The good news is that the snow here was only a little over an inch.  The roads on the main streets are clear and the only slippery places are here on the gravel road at Rabbit Run.   The hazard of walking out to fetch the paper was much worse than when I had to drive out.  I hear there is another snow storm coming but right now it sunny and little wind.  Perhaps the snow will go south of here like it has so far. I am not going out in a swimsuit but at least I don't need to bundle up like it was Alaska.

Better get on my horse and ride.  Have a great day out there.