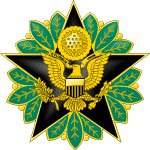 Today, 10 November is the birthday of the US Marine Corps. The US Army is very happy there is a Marine Corps because if it were not for them, we would be stuck out there on those ships and have to make amphibious landings. We love to have the job of meeting and greeting the enemy at the forward edge of the battle area so long as it is on dry land. Here are a few of my Marine jokes that I tell in jest to Marines:
The Marine Corps tradition is to have a dance and to cut a cake. The first piece goes to the oldest Marine and the second piece goes to the youngest Marine there. I encourage you all to have a piece of cake today and remember that only on their birthday are they ever handed a "Piece of Cake". They are almost always handed the toughest and hardest jobs to do and they pride themselves in doing their best. Semper Fi!
MUD
Posted by MUD at 9:29 AM