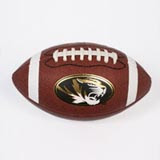 I watched MU beat the Hawks during the first half and the hawks just not quite have the finish to win. I won't be sad that two great teams met and one won. There will be a bowl game for both and lots of $ for the Big 12 to help build for next year.
I am watching basketball and love to see the Hawks show up and whip some pretty good teams. About the time you shut down the interior their shooters blast the three pointers from outside.
Speaking of Basketball, the former Hawk, Paul Pierce, has the Celtics on a roll and they are 11-1. I like to keep the pro basketball on hold for the late June play off's when there isn't much else to watch. I just can't watch baseball and I'm too old to play. I guess this year I will try to watch the Celtics during the year.
Hope you all have the hatches battened down as winter is here and it will be a while until we can spend hours outside doing fun things. Oh well, such is life.
MUD
Posted by MUD at 10:47 AM