Each city here in Morocco has its own color taxi and they are cheap and "Get there fast". They are wilder than an E Ticket Ride at Disneyland. I swear at one time ther were four taxi's and a bus sharing a three lane road. We dared into spaces and places that I would not have gone if I had been driving. Our ride from the train station to the Mosque was 21 Durhams (less than $3.00 ) 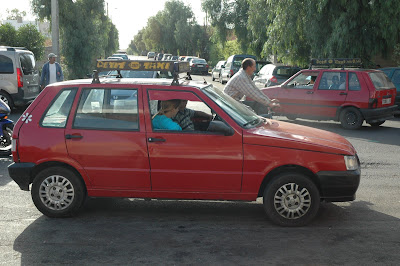 This is the Mosque of Hassan II. It reportedly cost a billion dollars in 93. It sits on the coast and is so beautiful that there was no end of new things to look at. The sky was so blue and colors so vivid that it all was breathtaking. 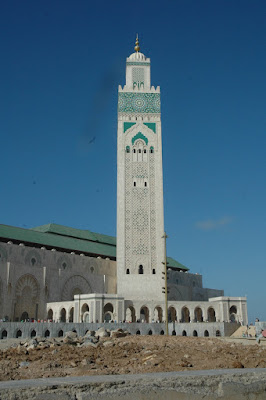 We have arrived in Ifrane and it is like Vail Colorado in how pretty everything is. I will also tell you more about the beauty and the beast of this magnificent country later.

ON the Road, MUD
Casablanca
Posted by MUD at 3:31 AM