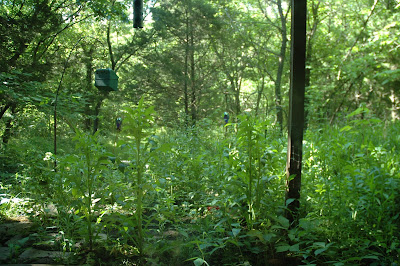 There is just something about being home after a trip that just makes it all seem more special. A fresh pot of coffee, Barb's biscuits and some bacon all seems to feel just right. We will miss our dear friends from Ifrane, Morocco but share a warm glow in our hearts for them. We are still on an interim stage in the jet lag as we both were wiped out early last night and up way too early this morning.

I am not sure if I know enough yet to make any decision about the Hispanic Supreme Court nominee Mrs Sotomayore. She was after all a Bush 41 appointee to the federal Court system. Just because she thinks a woman may be more able to make/decide on laws than a man is nothing new to me. I'm sure that many conservatives out there would think Barb is too pushy. After over 40 years I have found that a strong independent woman is a blessing not a cross to bear. She might be a little bear if crossed but hey you chose yours and I'll chose mine.(I wrote it as bare but Barb told me I had my homophones wrong) I was mid drink of hot coffee and Barb told me "If Rush doesn't like her, I do!" I at least could stifle the urge to snark hot coffee out my nose and down the front of my shirt. Had it been orange juice I might not have been able to do an Archie Bunker and "Stifle". As if what I wrote wasn't true enough about Barb, she was critical of my pharaprasing Sotomayore's comment. Everything I write is a paraphrase as the information is stored in my brain not some kind of card out of a camera.

After two weeks of not mowing and some good rain, everything is a jungle out there. I was all set to ride the mower yesterday but somehow did not get around to it. It rained last night so it is too wet to mow this morning. Perhaps later on today it will be dry enough. Oh well, if not there is always tomorrow. "Inshalla"

MUD
Sometimes we find truth is strange places. "Even Jesus didn't like the Money Lenders" From Doonsbury the comic strip
Posted by MUD at 9:47 AM