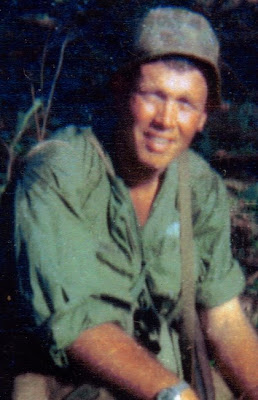 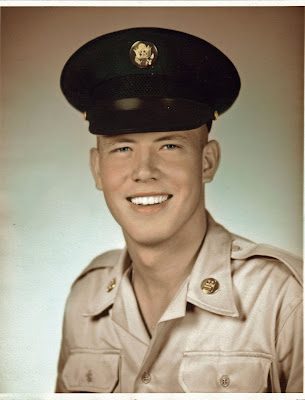 Yesterday we were shopping at WAL*MART and I saw an old guy wearing a Vietnam Veteran's hat. He was leaning on a cart and waiting for his wife as she was looking at dresses in the nearby kids aisle. I went over and told the guy that every time I put my Vietnam veteran's hat on I wonder why all the vets look so old. Hell, I didn't go to Vietnam with a bunch of old guys. Crap, I look more like my Dad who was in WWII than the kid I was back in the day. Most of us were kids just out of our teens. In fact, I turned 21 in Vietnam.
He asked me where I served and I told him that I spent most of my time in the Central Highlands. He said he flew out of Pleiku so we spent a lot of time in the same area but in a different war. Most of his time was in 63 and they supported the Special Forces Camps. Most of my war was spent supporting conventional American Forces. I did draw most of our ammunition out of the Ammunition Supply dump over by the Army Airport in Pleiku.

He told me that he was retired out of the Army with 19.5 years because of a macular degeneration caused him to not be able to fly. He was given a 10% disability, a swift kick in the butt and sent home. He has since got the VA to re look his case and is now on 100% disability but he had to fight to get it. I told him about Mother's macular degeneration and how well Ocuvite had helped her. he said he had the "Wet" kind of degeneration and is nearly blind now.

The saddest part about the whole thing was that all of his life he had hoped to travel and now he and his wife do little but sit at home and shop at WAL*MART. He even had a pickup and a camper already to travel an he lost his license because of his failing eyesight. His wife won't drive the truck with a camper so now they sit at home and are waiting to die. They do have some grandchildren close by that liven their lives some but what a crappy thing to have happen.

I feel so lucky to have my health and to be able to travel. I would like to have a camper but Barb doesn't so we will just have to stay in Motels and eat at Restaurants. Such an indignity to have to travel like kings.