No, not her she is one of the nicest people I've ever met. 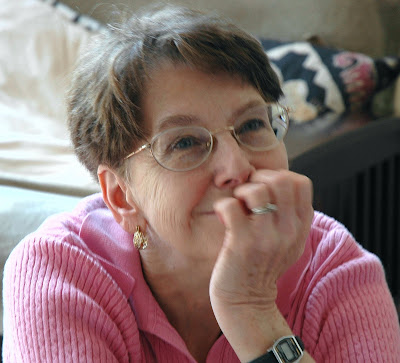 I guess I will have to change my name to grumpy from Mud today. The first three things I read in the paper just pissed me off and it didn't improve much as I scanned the headlines on MSN. Is Donald Trump the best the Republican party can do to beat the pants off Obama in 2012? Is there no sanity in the people out there that they can't see that overspending and not even trying to live within a budget is killing us as a Nation? I guess not or I would have been a lot happier this morning.

In the unit I was in, in Ottawa, KS, one of the battalion commanders told me about his attempt to placate visiting inspectors. He always left one small glaring thing wrong right by the front door of the tent and the inspectors would always jump on that and leave the real things the hell alone. Dumb old me would focus on doing the most important things right and it mattered not what anyone not directly in my chain of command thought. It finally came to a head when an old riffed major who was appointed the Sergeant major of the Field Artillery Group came in one day and started poking his nose int the business of one of the busiest young chart operators. He started with telling him about the way to do thing, that had all changed. I had to grab that old fart up and remove him from the area. I told him that when he took the time to read the up to date Field Manuals and was current he was welcome to come back and watch but keep his mouth shut. He was pissed, but he was wrong. Pretty east to take him down when his boss showed up the next day to see just how we were doing things. I started with the Field Manual and the old Colonel just went away.

I guess I am a lot like that about life. I am a lot more focused on things working right over pretty. Barb is in charge of pretty and I do mechanical and function. The good news is that she was a tightwad and managed to build up our finances to the point where we can do pretty much as we want now. Dave Ramsey said live like no one else so you can then live like no one else. Barb and I had that conversation yesterday. I told her that all my life I asked myself what did I want to be when I grew up and how did I want to live. Ta Da! I guess it is too late to worry and just start living. I sure love that lady.