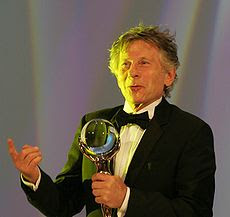 I feel sorry for the cause of Justice when people want to let a convicted child molester run free because of his film directing ability. Our system of Justice is based on the motto, 'If you do the crime, do the time". Clearly in this case, he has been on the run for thirty years. Now that he is caught, send him to prison. If he wants to appeal, let him do that from a prison cell. Didn't he read that an International arrest warrant was issued in 2005? Just what the hell did he think that meant?

Yes, I will freely admit that my Justice side often over rides my Mercy side. I am heavily swayed by the Statue of Blind Justice with scales to measure the facts. I think I could do a good job of being a Judge during the trial but would be lacking when it came time to sentence. I would probably be known as the hanging judge and if the book recommends 20 years, be prepared to go to prison for 20 years. I personally don't care if the prison system wants to give a person time off for good behavior as that's their problem.

What I don't get is that the good people in California kept Susan Atkins in prison until she died of cancer and seem to not want Roman to go to Prison. For those of you that haven't been around for years and years, Susan was the bitch that killed a pregnant Sharon Tate Polanski on the order of Charles Manson.
Just so you know, drugging and raping a 13 year old and killing are not that far apart on the scale of bad things to not do here in the Heartland. Either one will get you shot by a parent if justice is not done in court. having 100 Actors sign a petition won't stop anything if good sense prevails.