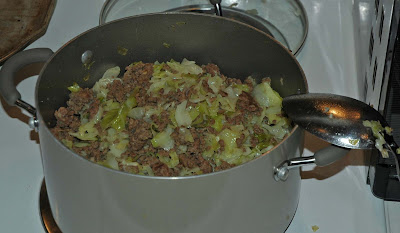 The main part of the bierock is the filling. I use a combination of hamburger and the filling from bratwursts. I brown the meat, add onions, garlic and chopped cabage. Salt and pepper to taste. I do not overcook the cabbage. 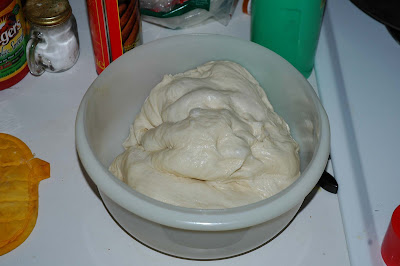 There are several ways to make the dough. Barb's favorite is to buy the frozen loaves of bread dough in a package. Let them thaw overnight and then take them out and let the raise and make sure the dough is warm all through. I have put the dough in a metal pan and put that in hot water in the sink. Barb had made some pie crusts and I put the dough in the oven with a dish cloth cover. Cut a pie off the big dough ball and roll them out with flour and a roller. 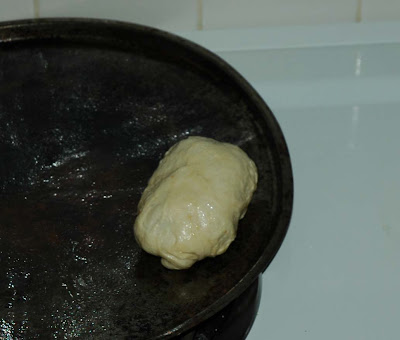 Barb sprays pam on the pan and places the filled dough balls making sure that there is some room between balls to raise. After they have raised heat the oven to 350 and let them cook for 20 minutes or until the rolls are golden. 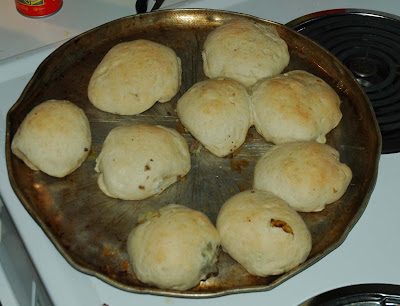 Barb takes them out of the oven and puts butter on them while they are hot. I wish I could recommend a good way to eat them. I love them hot, cold or anywhere in between.

I have been told that these simple rolls were a pretty big staple in the German farmer's lunch. My next door neighbor, Art Longhoffer who was a second generation German American ate pretty much German food as that was all his mother knew how to make. During the depression they grew cabbage and onions and Kraut was the filling. If one of the boys could shoot a rabbit that was the meat in the filling.