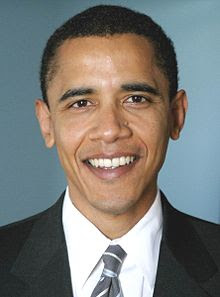 Many of us thought that if we were ever to see the first Bi-racial POTUS, he would be one of the many that have led the fight to achieve equality in this great land. Not just another speech giver that has a way with words, but a roll up your sleeves, lead us to greatness kind of guy with the kind of vision that not only tells us to get off our butts but provides many ways to get the needed jobs done. The big "O" gets his chance today to start the promise and I wish him well.

I do however have many mixed emotions about where this great Change is going to take us. It is my biggest hope that we have a new leader that changes things in the manner we need not just the politically expedient way. I don't need another hand out, hell I didn't need the last one. What I need is a leader that sets a tough course and asks us all to follow. I don't want a POTUS that takes us to the promised land, but one that leads us there.

I think the clearest way I can say how I feel is in the simple story about my days on the Wichita State Campus shortly after returning from Vietnam. One day I was in a restroom and a young long haired student ran in and told me to hurry outside, they were gong to burn a flag. I calmly told him that he didn't want me there as I would be inspired to kick the shit out of some one burning the flag I had just fought for. He had every right to burn his flag, but he had better not burn mine. I had no arrest record and didn't think I would mind having assault on the stupid residing there. I just went back to class and put it out of my mind. I fought my war for the right to get an education and I damn sure was going to try.

I think there are a lot of us out here that just want to pay our taxes, pay our bills, love, laugh and work towards the goal of happiness. I am going to put bird seed in the feeder, read a book, play with the dogs and make sure I don't miss any KU Basketball games. I will not give up my god given right to point out where I think things are wrong. So far, the score is zer0 to zer0 and I'm watching.