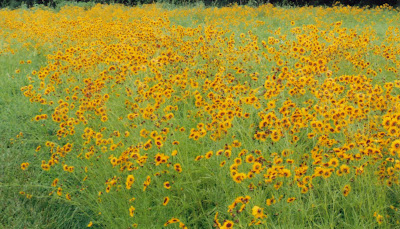 41 Years ago, in 1968, Barbara Schmoe of Yermo, CA married Dennis Petty in the Chapel of the Bells, Las Vegas, NV. Not long afterwards, I shipped out for Vietnam on the USNS Geiger. I tell everyone that I wasn't there for that first formative year and by the time I got home she was untrainable. Yes, she grows weary of hearing that joke. The real truth is that she was the kind of person that I knew could deal with me being gone and would accomplish her goals in spite of what happened to me. Now, 41 years later we have accomplished most of our goals and other than Cinnamon rolls in Yoder, KS we have almost everything we want. Lord knows we have everything we need. Yes, I still buy lottery tickets but what the heck, I don't drink, smoke or chase women.

This computer has a weird keyboard. every once in a while, it just stops, makes a stupid noise and eliminates the last couple of sentences I typed. The good news is that Blogspot has an auto update that saves the program and usually I can quit and got to the saved part and there most of what I typed is.

Today in Dear Abby (written by her daughter) there was a story that made me smile. A man with a son by a previous marriage has tried to rekindle a relationship with his son. A rumor started that because the kid stays over from time to time the guy is having a homosexual relationship. He asked what to do? I would do just the opposite and have him bring a buddy with him the next time. In fact, if you hear bad things about me spread them around. As dull and boring as I am, I need all the help I can get to be notorious. Yes, Dull and Boring is what I said. I have a couple of people that accuse me of writing bad things about them in this blog. It is a shame that they don't realize that I have enough of a time just writing things without trying to have them tie back to other people. You mean I have to write and make sense?

Let me tell you about trip to town yesterday. On out way out to the car, Barb put the water bill in her hand and said we need to stop at the RWD # 8 office just up the street. Yep'er, I can do that. Get in the car, start up the road and drive past the drive to the Water Department like I had never had the discussion. I slow down and turn in to the drive way about 100 yards past the department and Barb looks at me and says, What are you doing? Between us we completely blown off the stop. In fact she still had the bill and the check in her hand. She told me that I should have told her what I was doing. Hell, I couldn't remember the name of the water office. Crap, she wants me to be rational, correct and make sense. Here at the keyboard I can but the age related partszheimers strikes at the oddest time.

Yesterday I was out on the deck trying to build a cold frame for Barb's new plants. I forgot that the deck slopes several inches to the outside. When I tried to get the boards plumb to the world, they looked weird. If you think they looked weird, you should have tried to get a rectangular door to close square when everything is leaning or listing to one side. You could get vertigo if you looked at it from the front. I am going to take it down and build it in the garage. If it isn't square I will prop it up in the front. It was in the 70's yesterday and only about 30 today.

Oh well, I had better get ready and see if we can find some cinnamon rolls closer than Yoder.