There is a bike trail in South Lawrence that runs from the ball parks to the lake. There is an abundance of wild things there are very interesting. Such as this 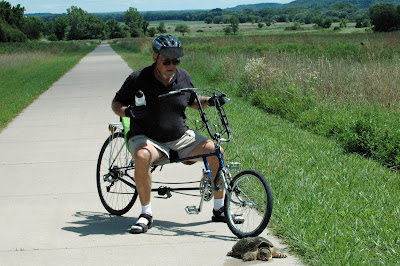 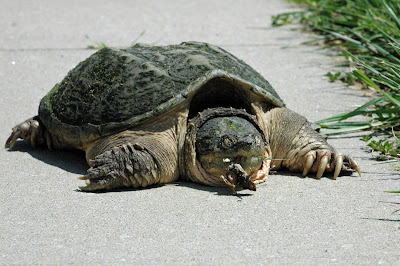 Down by the parking area is water and snakes love water 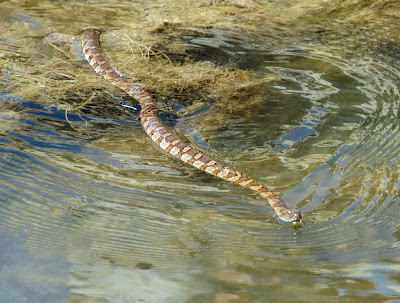 He came out of the water and into the grass 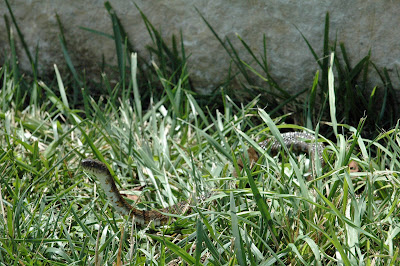 Across the sidewalk and into the pond on the other side 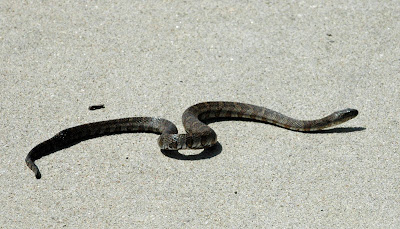 Yes, that little water snake was a copperhead and we had to tell the three boys to leave it alone. One had a net, one a fishing pole and the third just a small stick. Sounds like a bite was bound to happen. The snake did not back off or slink away. He went where he wanted and was a beautiful creature if you like snakes. I don't. You notice that I'm not in any of the pictures near the snake.
UPDATE: On the news yesterday, it was reported that a Lawrence Professor at KU was bitten by a copperhead as he weeded his garden. These little fellows are hard to see and aggressive. Barb has seen one out by our butterfly garden and she normally just walks right in to weed. Guess she will change that behavior.
MUD
Posted by MUD at 9:45 PM