Some of my Favorite Stories

Can You Spot the Wild Child in this Photo? 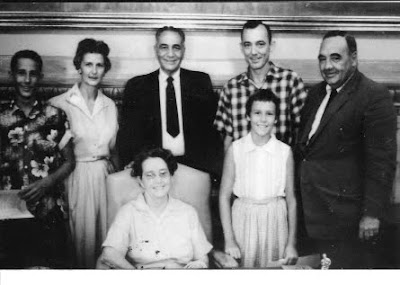 I have often wondered how kids in the same family could grow up so different. I am sure that I did a lot of stupid things in my life and survived with all my fingers and teeth. I have a cousin that grew up on a farm and seemed pretty normal in his life. He was clearing a feed chopper and lost some of his fingers. The good news was it was his trigger fingers and I'm sure that (and a Student Deferment) kept him out of harms way in Vietnam. I have another cousin that while impulsive was just only a little more "Wild Child" than I was. He managed to have more than a few teeth knocked out and some terrific scars from a traffic accident. Mother said that one of the two of us was bound to be in Prison some day. he is now a guard at a Prison. Mom didn't know how right she was going to be.

My grandpa, Curly Fruits, said a lot of things to me over my lifetime but one that really stuck was the part about saving. He told me that if I would save 7% of my lifetime earnings I could retire early. He retired after 30 years with Shell Oil at the age of 50. Thanks to his advice (and day to day guidance from Barb) we did just that. I will be the first to admit that having a good paying job didn't hurt but Barb and I both saved the maximum we could far beyond the 7% Curly wished for. The only retirement money that has gone bust for us was the 14 shares of GM stock that I (like a fool) held on to. 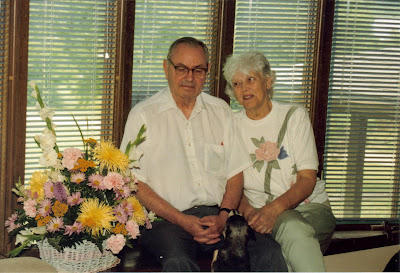 I think that women are placed here on earth to make men fall in love. From you mother through your sisters and on to your wife, you will fall in love and that love will just put a smile on your face. My dad, in one of his more lucid moments told me that one shortcoming he had in life was that he had room for only one woman at a time in his heart. He told me that the moment you begin to bring another woman into that place, you will lose your love for the one you have there. I have had a lot of women in my mind but only a few, one at a time, in my heart. The one wise thing I heard Jimma Carter say was that he had lusted after a lot of women but only in his mind. Kinda like buying lottery tickets. You wonder what your life would be like but don't have to change your telephone number.

Once upon a time, I had a date with a cousin of my then brother-in-law. She was a great looking girl with legs that went on and on. You know, from her butt to the ground. I was trying to get her to date my good friend, the "Great White Father in the great green Chevy" aka "bonehead" for some of his later stunts. As we cruised Douglas Avenue one Saturday night, we were turning around in the East Side turn-around called Sandy's and across the parking lot came a flying object. Plop, it hit and stuck on my windshield. It turned out to be a common bathroom toilet plunger thrown by none other than my best friend "Great White Father..." Needless to say, I could not convince her to go out with him. I kept telling her to not judge a book by his cover but his cover was a plunger stuck on my windshield. He went on to be a highly decorated Vietnam vet and a school teacher.
There are times when I wonder how I managed to survive in the Military. On several occasions I was told that I was unprofessional as a Lieutenant. Mostly by people that I told were wrong, when they were, but I told them to their face. At least once as a Captain my Battalion Commander had to drag me away from the general when he said something personal and stupid about one of my men in an officer's call. At least I waited until we were outside and with only the three of us present.
When I went to get a Top Secret clearance, the Defense Investigative Agency sent out a fellow that had spent a couple of weeks gathering information about me. He had asked for a record of my Driving, my Credit Score (report) and had visited with several of my friends and neighbors. he came in my office and looked me straight in the eye and said, "Are you really as dull and boring as this all says?" Yep-er, that's me... With a smile on my face.
MUD
Posted by MUD at 11:32 AM