- I am reading a book written by Dr. Herb Friesen. He was medical Doctor and spent a great deal of his life serving mankind in areas oversea's. He was a graduate of KU Med School and he served in Indonesia as a General Practioner. He then went back to Chicago to become an Opthamoligist. That led him to serve in many other areas. He served in Afghanistan and has seen that beloved country go through three wars. His detailing of the lives of the people he served is an interesting insight from both a Medical sense and a political sense. Because of his underlying beliefs, he also detailed the problems of serving medicine and God. In a lot of cases it was easier to perform his medical duties than the adherence to his beliefs. He does express the dificulties of being overworked and his desire to maintain a good relationship with the people. Where he could not openly profess his religion, he and his family were "Role Models" as Christian people. I guess that's why his daughter Julie allowed me to become like a 'Grandpa-wannabe" with her children. Like my mother, I think she had hope for me. 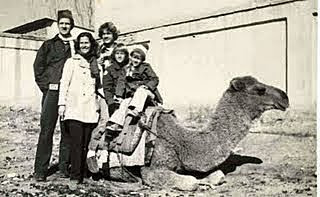 It is my hope that the world continues to be served by people that have the desire to go to other countries and do the tough jobs. Dr friesen does indicate that a lot of countries now are being served by Doctors that are natives to their countries and trained in the US and England. In fact, he spent the last few years traveling and teaching some of those Doctors the art of Eye Surgery. I'm sure that his influence on the world was great.