What you see is what you get! 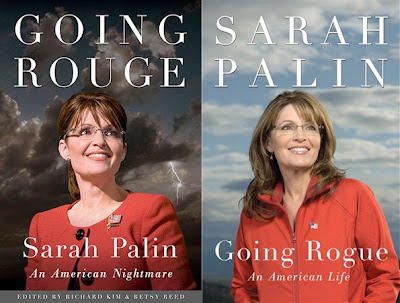 Yesterday I went to Forbes Field to recycle a couple of Computer Monitors from the early 1990's. They were a couple of big heavy suckers and I'm pretty sure that they had done their duty for long enough. The recycle center has changed their prices and it no longer is free to turn them in. It cost me $10.00 to "gift" them to the recycle center. I should have left them at the dump the last time I went. Oh well...
After turning in the old monitors, I thought about a really great young guy I worked with in the Guard. I had been told that he worked for the Fixed base Operator at Forbes Field. I decided to drive over there and pay him a visit. Walt is a great guy and always makes me smile. He automated the Officer Personnel section when he was my Officer Personnel manager. Under his guidance, we took the records to the State Conference and attempted to show the officers what was in their official record and to help them make it accurate. Under the old system, the officer would give information to the unit and they would mail it to the State. It may or may not always get to the right place and truly reflect the merits of the officers. Without a visit to Topeka, there was no way that a normal guy in the field could tell. I am sure that Walt made promotions for the Kansas Guard officers a lot better.
But to get back to the reason for the title. One controversy that has surfaced over Sarah Palin's book is perspective. Does anyone out there doubt that what I think about something is different than what you think. I know what I know and you know what you know and we may both be wrong. In our discussion, Walt and I both admitted to missing the latest Hall of Fame induction for the National guard Association. Walt said he missed going and really had planned to go because he wanted to see a long time friend. That friend is the reason I didn't go. Walt saw the guy as a mentor and said he learned a great deal from him. I described him as the south end of a north headed horse. I'm sure that reality is somewhere in between but where is that point.
I have a friend that wrote to me that he admires how open I am in my blog. I'm sure that at least one relative feels that I infringe on them with my openness and should be censored because I talk about them. They are probably both right in their own perspective. In fact, I am probably somewhere in between. I will promise you that there are a lot of situations that I think are funny but I don't put in here because it might offend others. By the same token, I don't sit down carefully and analyze each word to keep from offending. After 1,230+ blogs, I am sure that I have, if taken word for word, offended practically everyone.
That is my point. Just because you read what I write or what someone else writes and don't agree, try to remember that it is their perspective. Rational and reasonable is in the mind of the author. Writers write to share their feelings. Readers should try to let their feeling go and enjoy the writing. You don't have to have fished for a Sail Fish to Enjoy the Old man and the Sea.
Reading and comments are optional in my world. I enjoy knowing what you think but like Sarah, may not agree that what you saw or remembered is what I saw or read. Jes' Sayin'
Dennis aka MUD
Posted by MUD at 9:28 AM