If You Don't save Daylight Does the change matter? 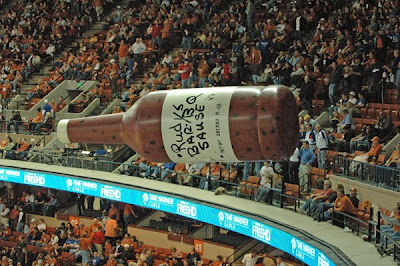 Stupid questions sometimes deserve pithy responses. We have all listen to the tree falling question and groaned a little. Does it really matter if that damned egg or the chicken was first? Having the clocks set at the same time in an area just provides some control over when to go to lunch or home. Around here, most of the clocks upstairs that Barb watches are 5 minutes fast. Most of the one's I set are spot on to the second by WWV or the national center in Colorado. But, if time isn't important, what does all that preparation matter?

This was the year for new glasses. Barb got hers a while back and after stepping on mine, I decided to replace the old ones with a pair that at least aren't bent out of whack. For some stupid reason, I prefer my glasses to give me 20/15 vision when they are new. The Doctor sets the vision for each eye and when I am given the opportunity to see with both, it adjusts to line 15 at 20 feet. How can a conservative be far sighted? Also, Presbyopia or not, I am not afraid of Presbyterians. That's an inside joke that eye Doctors tell each other. I asked why the glasses I got 2 years ago seem to have almost no scratches. I was told that they now use polycarbonate lenses and they just don't scratch like toe old plastic one's did. They are also harder than hell and protect the eyes from BB Guns.

It almost got down to freezing last night. There was frost on the pumpkin, as well as damn near everything else. The remaining tree leaves won't last long now. Sometime early next week I'll finish picking up the hoses and mow the leaves into compost. Sometimes I pick up the dust and put it on the compost piles and sometimes I don't. It keeps me busy but doesn't seem to matter much.

We had dinner with Dave and his wife, Barb, last night and ate at Rib Crib. They changed their menu and finally have a sweet and sticky BBQ sauce that I like. In the past they served only a Texas or Carolina sauce that was vinegar and mustard Based sauce. I grew up here in the Heartland eating KC style BBQ and like the sweeter taste. I normally don't use BBQ sauce on my steaks or chicken but when I eat Sauce, bring on the Hickory Smoke KC Masterpiece. Throw in a side of fried Okra and you have a meal.

For Barb's birthday we got her a new computer chair. her old one was about on it's last leg and it was about time she had one that didn't hurt her back. I hope this new one helps.

Better see what the sunshine brings out there. have a great weekend.