I think that windmills slowly turning and generating power are beautiful. The field in Western Kansas and eastern Wyoming are pretty as a bunch of puppies. 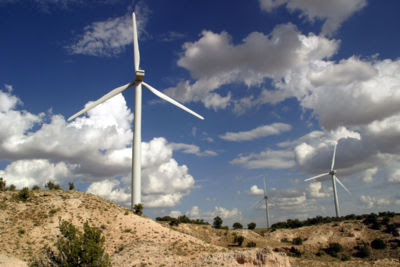 The paper today had the first brush look at a Congressional study into what it will take to stop spending into a deficit. One of the sponsors said he and the others may have to go into witness protection if it ever gets acted upon. Here are just a couple of their ideas:

Did you know that the budget Deficit this year will exceed one Trillion Dollars? Next year isn't projected to be much better. In my perfect world, Outgo would be less than or than equal to income. I know, many of you are already yelling NIMBY!