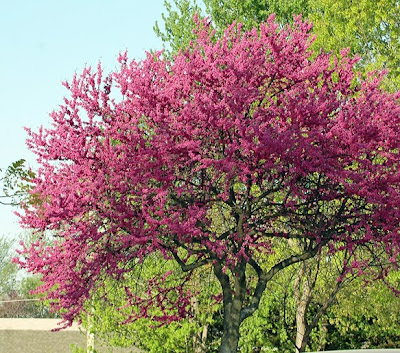 My mother is almost 88 years old and like a lot of old people has a lot of things that refuse to work well. Mostly her heart is enlarged and one valve isn't doing its job well either. This limits her doing a great job of getting strong enough to take care of the day to day functions. This past week she had a bout of fluid building up around her heart and wound up in the hospital. Until they were able to remove the fluid from her system, she went down hill fast. In fact, my niece was told by mother that she had never been more sick in her life. She either was or will be discharged from the hospital today to return to the nursing home. I guess that's really like life in general. We live, have good spells, bad spells and in the end, we all die.

Mother wants to be buried clutching a big fork on her chest. She said that at many dinners in the Baptist Churches the servers would say, keep your fork, good things are coming for dessert. Mom has always had a strong belief in the after life and plans to be there to have pie with Glen, Wilbur and Mary Schawo. I'm not sure if Glen will be there but Wilbur and his first wife will.

I wish there was some way I could share with the family Mom's real joy in life and help them not miss her so bad when she is no longer with us. She won't want her passing to be a time of sorrow but a celebration of the great family we have become. For the most part we have all become successful and have avoided jail or prison time. Other than a cousin that works in the Arizona Super-Max. Mom always said one or two of us would wind up in prison some day. Jim just works there so so far she was half right.

The red buds are just blooming here. In Bartlesville they were pretty spectacular. I notice that our orchard is really blooming well and baring a bad frost we should have a bumper crop of apples and Asian pears this fall. Not sure how the cherries will do we bought some more trees to help pollinate the one tree but the new trees are very small this year and don't have many blooms.

Better run and see what the pancakes taste like.