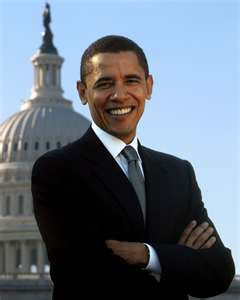 The Republican Party (I do wish they could come up with a term for Party that doesn't imply fun) has jumped all over the POTUS for preaching peace and not using the Military when it is appropriate. Then He orders the use of Missiles to silence the Air Defence rocket positions in Libya and it has them foaming at the mouth at how quick he was to respond. It should be pointed out that France and England both used their Air Force to respond and all we did was use a few hundred cruise missiles. Being in Washington right now has to be a thankless place to work. We all have our pet projects to have them support and then want the Government to stop spending so darned much of our money. I want them to stop funding PBS but hate commercials and Pledge weeks.

There are a bunch of people that want the WBC gang rounded up and fenced in. They want to stop the protests at Military Funerals but don't stop to realize what freedoms we would be eroding to "Get er Done!" I think the Supreme Court saw that to stop them it would cause an erosion of Freedom of Religion, Free Speech and Freedom to assemble. I think the Supreme Court was dead right on this issue and I hate it for being so damned right. How long would our Republic last if we were a House Divided like we were over the issue of slavery? We should celebrate our solidarity but then again who would agree to such a notion with out a good protest thrown in? (Damned if we Do, and Damned if we Don't , DD&DD)

There was an article about the Black East Coast basketball players at KU banding together out of solidarity in the "Clorox White" Kansas. Where doe the sports writers get this crap? Topeka was the home of the Santa Fe Railroad and an early employer of Mexican Americans in their work force. We have a large segment of the city that celebrates their Fiesta and their culture as they support their schools. I am proud of Topeka for That. If you don't know where Brown vs Board of Education was decided, Yep it was Topeka. Where did John "Osawatomie" Brown come from? Yep again it was Kansas. In our 150 years, we have done our best to support all our citizens and incorporate them into our jobs and lives. I am pretty sure that "Clorox White" just isn't my Kansas.

The weather here in the heartland changes from day to day with the ebb and flow of the fronts that cross Kansas. Cold fronts from the north and warm fronts from the south meet and greet each other here right over head. Yesterday was a cool and wet day and by midnight it warmer than all day. Today will be a windy warm day and it might get to 70. By Friday of this week, it will be back to cold and rain. Oh well, I have inside things to do and outside things to do and I might not do either.