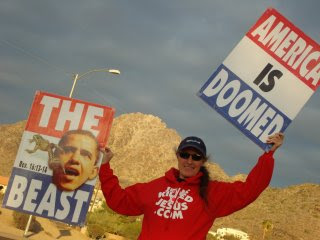 One of my blog friends said yesterday that with age comes wisdom. The truth is that with age comes old age. Wisdom is that thing we obtain if we learn from the mistakes of ourselves and others. It contributes to doing things in other ways. If you really learn, you learn to do things the right way. If you continue to do what you did, you will get what you got - Right or wrong!
Yesterday I made a run to Kansas City to see a lawyer about some mineral rights. After about 30 minutes, he was as confused as I was. At least he now has a copy of all the material I have so he can at least do a good job of clearing the mess up. Following that, I had lunch with my niece Carrie and her husband Dan. They are such a nice couple and fixed a great lunch. It makes me feel so good to talk with people that are working on living life the way it should be lived. They know the value of a dollar and don't throw them away on frivolous things.
I say it here, If the Pro Football Owners and Players can't get together and make 9 Billion work, I will never watch another Pro Football game. It is absolutely insane that while so many people are working hard to get by in this world, greedy people that play a game think they are worth so much money. I for one do not want to expand the season to 18 games. Do they want the Super Bowl to drag into March and conflict with March Madness? In case you don't know, I do not watch Pro Baseball because of their strike over the same few dollars. Once the weather breaks, I am outside way too much to spend time watching the baseball paint dry.
How can so many people have such a mixed understanding of what Government is supposed to do for and to us? Is it the role of Government to intrude in our lives and make us get Medical Insurance or make us pay for it? That is a scary thought for me. I thought that my freedoms end where my nose does, not where the government can stick its nose. If it is going to save us money, why did the bill have 105 Billion in it to set it up? I guess if it is taxpayer money to stick it to the Taxpayers it must be OK in Washington.
Here the other day, I saw a lawsuit that makes the States provide a list of registered gun owners under the Freedom of Information Act. I wonder how many people understand that a list of your weapons is step one to being able to confiscate our guns? I was all set to get a concealed carry permit until I found out that I had to tell them what I was carrying. I plan to smile and make everyone wonder what I am up to.
I think that on Facebook, everyone should post one thing their mother told them to do. It might be fun to see how wrong mothers can be. After all, while they mean well, they are just people like the rest of us.
MUD
Posted by MUD at 9:00 AM