How Can We Change Unless we Do? 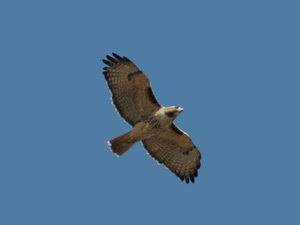 I think our Government was formed to state and protect our liberties as we progressed from a new Republic to where ever we are today. There were many people that felt that as little Government that could be provided was the optimum. There were many others that felt the Government was the protector of all rights. Somewhere either in its formation or by design, the issue of a Government divided over the question of Slavery and undefined States Rights, fell into a Civil War. Abraham Lincoln stepped in and applied some unusual measures and suspended many rights that he felt were needed to preserved the Union. Our Government, yes, it is mine too, has changed to do much for many and has grown into a large animal that not only demands more each year, it internally grows as it consumes. Will we make it step back or let it grow until everyone meets some criteria of enough?

Based on what we saw, the whole world fell apart in the 20's and 30's and many will say that the economy didn't recover until we were pushed to full production during WWII. In spite of the harsh penalties imposed on Germany at the close of WWI, they pushed the envelope of production and recovered earlier that many other countries. Had Hitler's Germany not pushed their ideas on other countries Militarily, their success would be celebrated. We all know that a Government that thinks it knows all and imposed it's will on the people without careful control might start imposing solutions that few can approve. This is the Law of unintended consequences displayed in the worse way.

There is no doubt in my mind that most of us have grown from an agrarian lifestyle to one that is dominated by most people that would starve to death if our system stopped providing food to the Grocery stores. A Republic served us well when there was almost no daily contact between Washington and our lives. That has changed and our Government has not made the changes I think are in keeping with the daily flow of information.

After talking to a young man that grew up in South Carolina in the 50's, there is little doubt that the Civil Rights measures in the 60's was a needed change. Kind of like the Unions were needed to protect the Laborers in the early 1900's. The changes our Government has made or grown into today, is the question.

I don't think that our Government changed due to an ugly influence like Hitler's Germany, more because of the laws of unintended consequences. I liken the problems today to a compost pile that finally spontaneously ignites when things are piled upon pile without someone looking at why did we do what we did and how can we make it better. I think there is a lot of people looking how to change without looking back.

Here in Kansas we have a new Governor that has imposed on the system a new position to look back and recommend changes to shape up our Government. I think we all need to keep a sharp eye on what happens and where we are going. Many feel that the changes will take us in bad directions that will cut Government support in places they don't want cut. Others feel that much of what the Government is currently is doing needs to be rolled back as Government now has more rights and control than the people do. I encourage you to help us evaluate the changes and to see if it is change for the good or just change for changes sake.

If you do what you did, you will get what you got! I content that we were growing out of control and spending more that we took in by a far margin. Perhaps if other States would try to make some changes we could all find a way to change back into or into what we need. California is headed to collapse and I don't think that's where we want to go on a national level.

MUD
I struggled with the name of this post and have changed it several times.
Posted by MUD at 11:23 AM