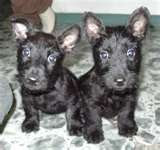 Yesterday I finally picked up one of those dog claw clippers to cut Taco's claws a little shorter. It is basically an electric Dremmel tool. The bad news is that like most dogs, Taco doesn't like for anyone to touch his paws. I will stop at the local Vet on Monday and see if they have a pill I can give him to help him with worry about the procedure. Yes, I want him asleep for about 10 minutes so he doesn't limp after playing tug of was with his other feet. I only got one foot done and I notice he has a limp today. It sure as heck wasn't because I cut his claws too short.

I wonder what KU has done to the networks to have them play games with the coverage of their games. ESPN has cut the first 15 to 20 minutes of the KU games because the game before them ran long. Now CBS cut the end of the game to cover Michigan and Michigan State. At least here in Topeka we saw the end of the game. The announcers for CBS were terrible. They kept calling Elijah Johnson, Elijah Robinson. I love the nickname T'Rob for Thomas Robinson as it sounds a little like the fearsome dinosaur from Jurassic Park

Let there be no doubt that teams won't be able to slow play the Hawks and have them unable to finish dull games. They matched Texas A&M and now Missouri for slug it out games here at the end of the season. They also played Missouri to a 103-89 game earlier in the season. Glitz, Glitter, mud, beer and knife fight are all in their ability. Now if Josh Selby can just regain his shooting touch we'll be hard to stop. They will be hard to beat anyway, I just like to see a gunslinger able to draw all his weapons.

Might get to 40 here today so there won't be any bike riding but I will try to get out and see the sun some. Have a great day.