Things from where I sit! 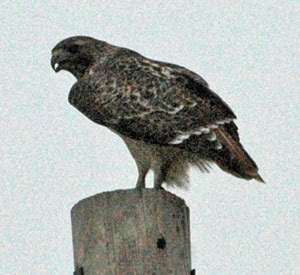 While Andy thinks a consumption tax would be easier, his point about paying withholding is worth looking at. Would all those people that pretend to not care. Care more if they were forced to pay their taxes quarterly like the self employed? Would Government get the word if people had to pay by checkquarterly the money they send to Topeka, or Washington? In my perfect world, the Government would focus on the sources of income and not the poor wage earner. Payments to illegals would slow down or go away if businesses were forced to show who and how much they paid to who. Those illegal payments would not be allowed as a deduction. April 15th (or the 18th this year) would just be another day.

I am not sure how it managed to get done, but smoking is now an outdoor activity here in Kansas. It is such a treat to go into a restaurant and not see and taste the air from smokers as I eat. It is clear you cannot tax smoking out of existence but at least here we have made the smokers take it outside. The one notable exception is casinos. Why don't casinos have a section just for smokers. Let it have a separate air handling unit and make people pay for the privilege. The only thing I hate worse than exhaled smoke is the smoke coming from a cigarette that is lit and then just let to burn with the drifting smoke blowing over me. For some reason old ladies who should know better light up and sit there not puffing, pulling the handle of the slots.


In this world, you cannot write a check, cash a check or drive a car without some form of ID. Why do we have a system that lets people vote without a picture ID. Don't yell at me Bucko, I carried a photo ID card from the Military for 31 active years and now a retired ID card. Why everyone else doesn't is beyond me. Have you been to a Doctor lately? You must pay for the services rendered in cash or show your photo ID and a copy of your medical insurance card. It is time we went to a computerized national identity card system and forced the illegals and lazy to get with the system or get gone. Just how quick would we eliminate some of the criminal activity if everyone was forced to have a photo ID and your income and bank activity was reported to a computer system.


Did the Congress of the United States give George Bush or the Office of the President the right to pursue war time activities up to 90 days without Congressional approval? In my perfect world, the question needs asked of the Supreme Court and an answer given. You can't have it both ways people. If George Bush was wrong, the current POTUS is. I don't think that supporting a UN action is wrong, I just want to clarify by what authority we acted. If Louis Farrakhan and Rush Limbaugh both think the President is wrong, there has to be a grain of truth there somewhere.


I am going to bite the bullet and mail my taxes, along with a big check, today. Letting it sit doesn't help it smell better.