Truth, Justice and the American Way! 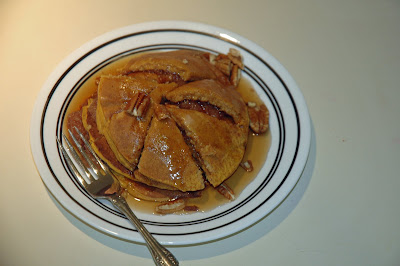 Pumpkin Pancakes with Home made apple butter and syrup 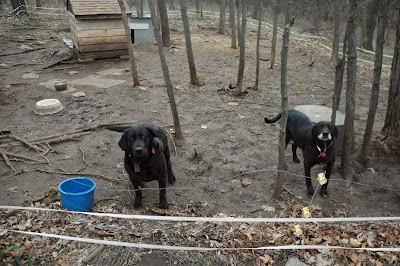 Pumpkin Pancake Pals, No leftovers after they get their share 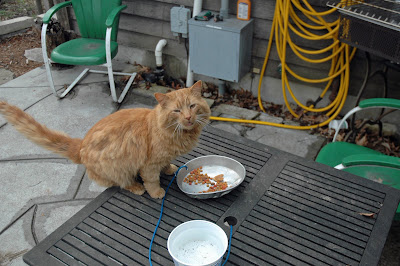 A couple of years ago, I read that AlGore (One word on purpose) said the only way to save our environment was to cool off the economy a bit. Well Al, you got your wish. I wonder when the warming is going to stop and it will be a real "Cold Day in Hell". If you lived west of here and a little south, you would be butt deep in snow and may or may not have electricity. Right now, here in the Heartland and 10 miles east of the Capital Of Kansas Dome, the snow is gone and the temperature is 45-50 degrees. The wind is a little gusty right now but it is from the south and the more it gusts the warmer it will get.

Lets see if there is a truth in here somewhere to share. True happiness cannot be achieved unless income is equal or greater than outgo. Deficit spending can occur only when you print the money. One of the money programs makes it a game where you pay off the smallest to the largest debt and then get to scream "I'm debt free" on the radio. Even when you are retired, you are not free. Between Property taxes and income taxes, you will find yourself hitched to the ball and chain of owing the government. You want bigger and bigger government? (notice I didn't say Bigger and better) Get ready to pay more and more taxes.

Barb and I find it very interesting that of all the round ball teams playing basketball post season only the KU Ladies are still in the hunt. All the men's teams and most of the other women's teams in Kansas are home back in the student grind and the KU Ladies are playing in the women's NIT tonight. Rock Chalk girls! We are proud of you. In fact, we are proud of all the teams that played their best and just lost their last game. Even the guys to our south proved that no matter how many rebounds your star gets unless you can do better than 2-19 from beyond the three point line you are toast.

Justice is having it to be illegal to not wear seat belts and when the crash scene is cleared there is no one left alive to charge with the crime. Two wrecks have occurred in the last week here in Topeka where the occupants were not wearing their seat belts and died in wrecks. Our Legislature just passed a law that if you are under 18, you cannot drive a car without your seat belt on or talking on a cell phone. Should be illegal for anyone driving a car to talk on their cell phone. The seat belt deal is a self imposing penalty. (Guess who does not have a cell phone?)

The American way is for people to be in debt more than they paid for their first house for their latest car. Our problem is not that we all drive KIA's for mileage, it is when that idiot gets on the Interstate going the wrong way and hits you head-on in her Escalade you lose in your KIA. This was one time the seat belt didn't seem to matter.

I'm not sure where this serious tone came from today. Must have been the thing that woke me up this morning. I fell asleep watching the Animal Planet and this morning on a show about pet's doing tricks a parrot was singing. Great voice but absolutely no ear for pitch. I woke up thinking America Idol was doing another try out show.