Yes, this my driveway and I'm too busy to move 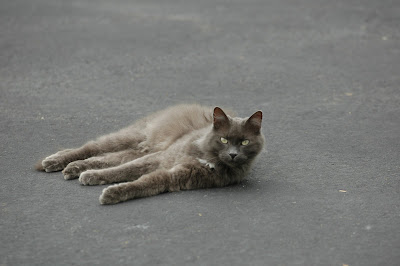 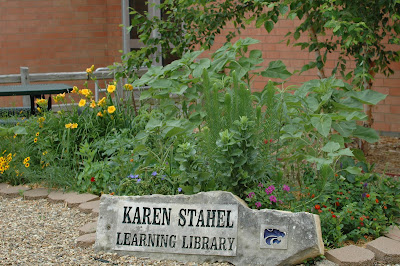 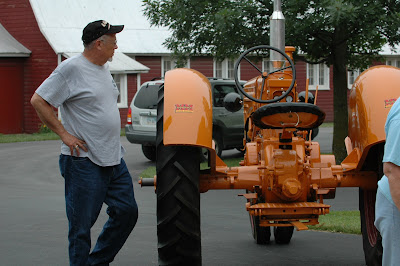 Clematis, love the flower, not the color 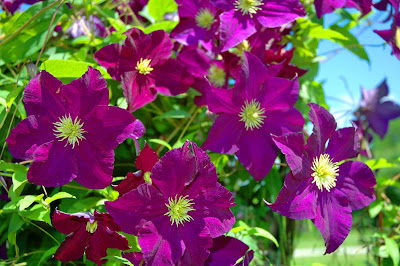 Dragonfly in the garden 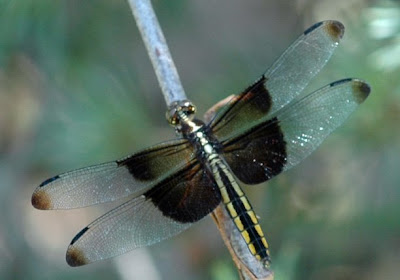 Barb is always saying I need to post more pictures so I selected a few of the 85 on the card. I try to stay away from the 4 giga bite card because it has over 1200 pictures on it. With my machine, the individual pictures have to be downloaded or found and then only the new one's are actually put in a file. The first step takes about 10 minutes so I try to not go there.
Barb and I went to Best Buy the other day to pick up Dave and he indicated that they had the latest and greatest NIKON camera in their display. Never have I seen such a messed up system. The kid in the camera department actually opened about 20 cabinets before he admitted that the camera we wanted was no longer in the store. His boss (at least an older guy that looked appropriately pissed off about the whole thing) looked on the computer and said it is no longer on their inventory. I guess a $3,000 camera is just inventory to the person who doesn't have to pay for it. It really dawned on me that NIKON has a screwy way to number their cameras. They have figured out that their digital cameras should have a D and then a number but from there it is sheer madness to figure out what the new position is. For example they have a D3X that is about $6,000 and is the top of the line professional studio model. It had a lot of ability to capture pictures in a large format. It lacks the bells and whistles of the later models but is the choice for the capture of a lot of Megapixtels. There is a series of cameras from D40 to D90 (They did drop our D-70 number for some reason) and then there is a D500 and a D7000. Oh well, someone at NIKON should get this straight and renumber the cameras or issue a game guide so we will all understand.
I am normally a fairly compassionate person and I wish Farah had lived longer. In the case of that other guy that is a drug using, crotch grabbing child molester who died of an apparent overdose, I don't care. I love music but the music is the product not the person making the music. I think it is stupid to listen to people come on TV and tell us how bad the pain was and how that led that un-named pervert to taking multiple drugs to avert the pain. Take enough stuff, and you too will die at 50. A man should stand for something and put his money to a good use. To create an amusement park is not high on my list of those things he should do. Kill yourself with drugs, and I'll put you in a box and bury you away in my memory.
Better go find something to do. My back hurts this morning and I need drugs. Naproxin Sodium is the limit of that need.
MUD
Posted by MUD at 12:14 PM