In the 1850's, few questions stirred up controversy with the passions as did the slavery issue. Kansas was a territory next to a slave state (Missouri) and many battles between the Free-Staters and the pro slavery people were held. In the effort to make Kansas a Free State a battle was held near Lecompton at Fort Titus. Col Titus was a pro slavery advocate and his homestead was attacked and he was captured. Lecompton was the Territorial Capital and a draft State Constitution was adopted there. The US Congress voted down that document and required new elections to be held to settle the question of Slavery in Kansas. During the Lecompton Territorial Days they re-inact this battle next to the Lane Museum. Dwight D. Eisenhower's parents met at Lane University. You would enjoy stopping at the Museum there in the old University building. 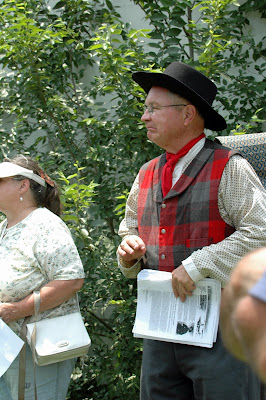 This is the Fort Titus Sign by Lane University 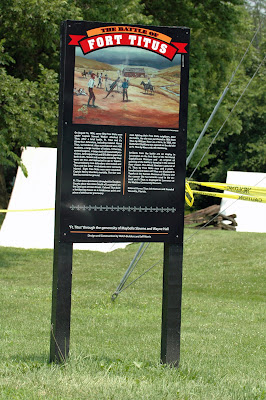 A Cannon crew prepares for the opening salvo of the battle 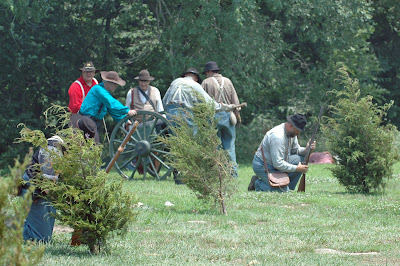 The Free Staters Prepare to attack 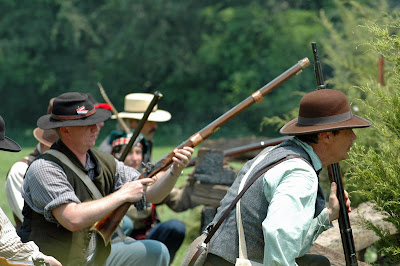 The fort falls and the men and Col Titus are captured 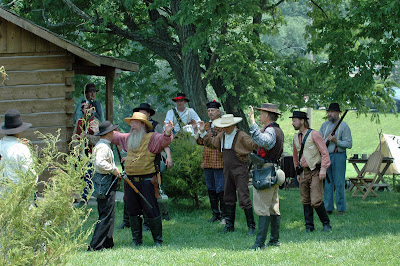 They brought a rope to hang Col Titus. 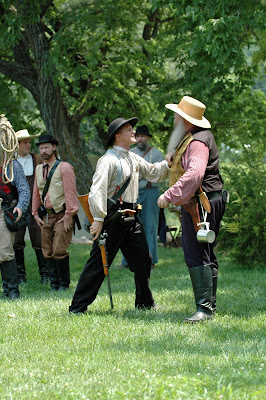 He plead for mercy and was spared because he was a Mason. 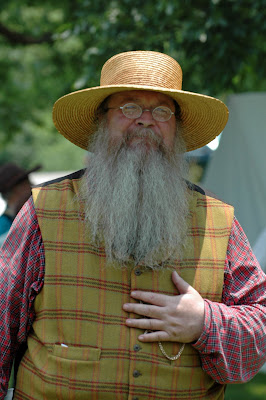 All over the United States there are summer activities that bring people to the small communities to celebrate who they are. These activities help raise money to support the activities that promote the heritage of our past. We started with a chicken diner at the local church and then watched in the bright sun the attack of Fort Titus. After we left there was an afternoon full of activities and the day ended with a street dance.
I would encourage you to get out and see some of the activities near you this summer. I'm sure that the re-inactors would appreciate your being there.
On a happy note, the Weather Bureau announced that the heat wave in officially over for a short while. It was a nice morning when I went out to get the paper. The cool front passed here without rain and tornadoes here near Topeka. The high today will be in the 80's after Heat Index Temps in the 100+ range.
Have a great weekend out there.
MUD
Posted by MUD at 8:40 AM