Why I Wear Seat Belts

In 1966, just before I went into the Army, my Dad used my Renault as a trade in for a Volvo 4 door sedan. he gave it to me as I graduated from OCS in 1967. It was a great car and when I went to Vietnam, I returned it to him. To get it registered at Fort Sill, I had to put in shoulder seat belts. It had the right bolt holes but no belts. I found a set at a local wrecking yard and I installed and used them all the time. Dad was driving through Girard, KS one evening and a guy pulled out right in front of him. It darn near tore the front end off the car and without belts, my dad would probably have been killed by the steering wheel. 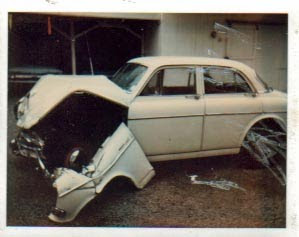 Dad had ribs separated from his sternum and a broken nose where his knee hit him. He did spend a day or two in the hospital but that beats the hell out of the alternative. 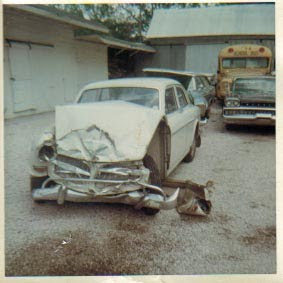 Dad said that in spite of the damage done to the Volvo front end, all four doors would open and close. This is a tribute to Volvo and a used set of seat belts.
Dad was around another 30 or so years after that accident and always wore his seat belt. I do too. I wonder why others don't.
MUD
Posted by MUD at 10:10 AM