Monday, and I have an Apt with the Dentist

And What do You Mean that the Christmas Presents look inspected 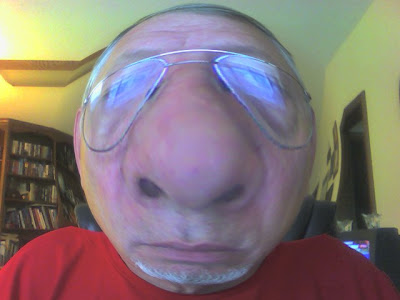 I guess the good news is that I don't have to take off work to see the dentist. This is scheduled for the semi annual cleaning but for the first time in a long time I have a tooth that feels a little sensitive and will probably get a new filling. I'll bet it was one of those damned kernels from Pop Corn. Oh well, such a small price for such a great treat.
With Christmas only a couple of weeks away, the MG went shopping with Barb Jr. They came home with an arm load of stuff and I can see the presents starting to pile up around the base of the tree. Da Barb's get into Christmas and really enjoy decorating, baking, shopping and Christmas in general. Me, not so much. I enjoy the people when we get together but the presents aren't near as nice when I have all that I need, most of what I want and a Wal*Mart nearby. I'll bet you are really getting tired of that saying aren't you. I'll try to work on a new saying for the New Year.
I am not sure which team I like better. I'm not sure if it was worse when the Chiefs played so poorly that there was no chance they would win or the chiefs that defense their ass off and then lose. Yes, I again watched the Big Red on TV. They manage to fill the stands but it was harder this time to get people out. The good news was that at at noon Sunday it was the warmest day of the week.

I think KU has picked a winner for their new Football Coach. Turner Gill was a winner at Nebraska and will represent the University well. Will he be the last coach they every fire or replace. NOT! he will be a good coach and bring a great staff with him. Personally I think KU should start with finding Lew Perkins a new place to work and find an AD that is worth the big bucks he makes.

Oh well, I had better get my ball rolling this morning and get ready for the trip to EDTA.