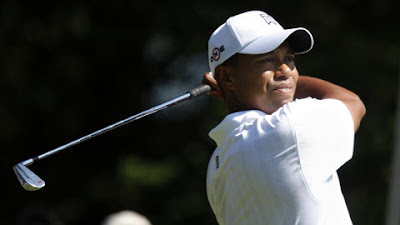 Another "Gazillionaire" athlete is caught up in an affair with women that he is not married to. What ever will happen to the world. Nothing. R$ch men have been doing that for years and deserve to be chased by a golf club wielding wife at 2:30 in the morning. When thousands of people watch you play and shout your name, after a while you somehow think you are worthy of the adoration and are above the crowd. It is a shame that his father didn't teach him how to be a man and not just a golfer.

We went to a dinner for the Master Gardner program last night and man do those people also know how to cook. It was a pot luck style and the food was just great. Anyone that went home hungry did so out of their own doing. At the end of the buffet line was the desserts. There was a really great looking pie that was just calling out my name. At first I thought it was pumpkin but the bottom layer was cool whip so it was pretty clear that it hadn't been baked. It turned out to be a pumpkin colored layer of pudding with a really great spice flavor. I think if you worked with it a little, you could have used a pumpkin pie spice flavor and it would have been tough to tell the difference. I think this close after Thanksgiving everyone tried to avoid most of the traditional dishes.

Did I mention pie again? The average American eats 8 slices of pie each year. OK, who out there is letting the average down? I have had that many since the first of October. By the end of Christmas I figure I will be well over 15 or so slices. Oh well, their loss my weight gain.

This morning here in the Heartland the wind is blowing from the north at least 25 MPH. It is a cold dry wind and probably won't meet any moisture from the south to cause snow. It is only 30 degrees but with the wind it feels a lot colder. Barb started to list some of the winterising things she wanted done this morning and I reminded her that the last three days were in the 60's and that would have been a great time to bring some of that up. I want it to go on the record that in spite of watching Martha Stewart, Barb admitted to being "Not Perfect."

Oh well, I'll probably be outside this afternoon. have a great day out there.