This is Owen Craig who attends college
in Saint Louis and plays soccer. 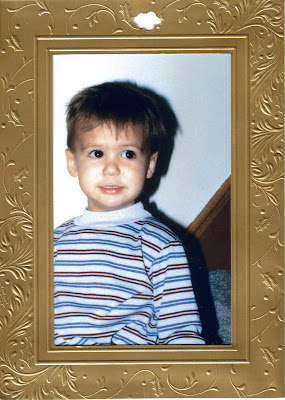 One of the parts I love about the Petty Party is that we make soup and everyone tries a lot of different kinds. I have been working on a Seafood Gumbo for a couple of years and have it about where I want it. I need to take it to a family gathering to have other people to eat it. The MG doesn't like seafood, except Tuna - Which I can't abide. Oh well the stock is ready and the seafood all cooked. All I need to do is to warm it all up in a couple of hours.


Just so you know, it is snowing a very fine snow out there and it is about 30 degrees. This is the kind of weather that in February has been known to bury us in a foot of snow. For some reason, I don't think there is enough moisture in the air to let it really dump on us.


Today is known as Giant Saturday to the retail outlets and I hope Dave can avoid getting called in. Oh well, Merry Christmas to you all.

Can you believe that they found pot on Lil' Wayne's tour bus? Duh, that's like going to McDonald's and finding a happy meal. When are we going to expect the police to start arresting the real criminals and quit busting the low hanging fruit for MJ? How many people are we going to put in jail for Pot and avoid the Cocaine traffickers in Southern California? It has been said that the Police in TJ make more looking the other way when drugs are involved than they do as Police. It is a hell of a lot safer also.