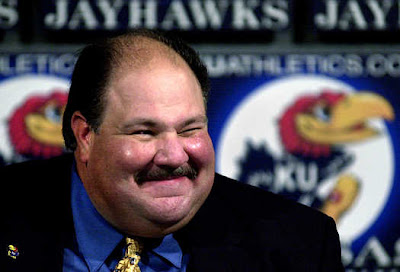 Mark Mangino has been paid more money than most of us will make in a lifetime. Take the money and run. (or at least waddle fast) Go on a diet (or get a bypass), get healthy, live long and prosper Mark. You weren't the first, and you won't be the last.