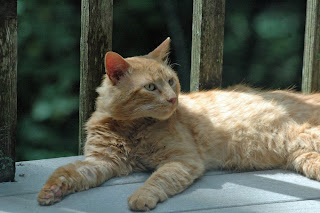 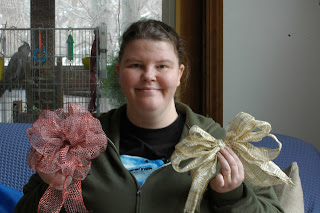 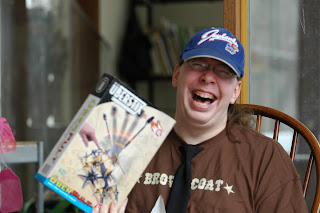 As we close the 2000-2009 years, or the aughts, I thought it might be a good time to talk about them as objectively as I can. Keep in mind that I warn you from the beginning that these are a collection of my thoughts and you might have to have a built in crap detector. (and use it)
The Good
Life has been good to us and other than the minor disagreements a liberal and a conservative have in our discussions, things are pretty damned good for us. We have the kids nearby and they are always a joy. They are kind, thoughtful, we love having them with us for meals and Da Barbs love to shop. Our planning for retirement has turned out to be better than we expected. Because of the pre-Tax dollars in our retirement accounts, in 10 years you can expect me to be complaining about all the taxes we have to pay. I know, Poor MUD, he has to pay taxes and has the money to do so. From the sports side of the house, we are Jay hawk fans and other than the bump in the road with the football coach, we have had a good ride for several years. Coach Self brings to the game a great demeanor and I am really looking forward to seeing the era of Turner Gill on the football field. KU had the National Debate Champs and we really enjoyed watching the Ladies play in the NIT Final. I am blessed to have many good friends and Barb has the Master Gardeners. We have our 18 acres to grow things and great cars to drive.
THE BAD
I am sad that the United States of America are such an odd place in the world. People line up to come here (Hell, the actually break into the place) and yet the Muslim world hates our guts. We have such a cross section of religions from the non believers to the fundamentalists. We are one of the few countries that elect our leaders and don't have violent overthrows every few years. If we stop spending at a National level, the Oil Rich countries will go broke so fast that they might have to eat oil. (My fantasy, just so you will know) We have at our core belief the right to free speech and yet there are parts of the population that would shut down Rush in a "New York Minute." For over 200 years we have been proud of the "Republic for Richard Sands." People forget that we are a Republic and not a true Democracy. Somewhere out there there are people that voted for Harry Reid and Nancy Pelosi. Hell, those people in Minnesota actually voted for Al Franken. But, they also voted for Governor Jesse Ventura (Janos) Talk about your wide swings of the population.
THE UGLY
Oh Boo Hoo Dennis, get a grip and deal. We were right in the middle of WWII and had to hold bond rallies to pay our way out of the war. When someone realizes that we need to find a way out, there will be a bunch of people working on it. The "it" I am speaking about is the elephant in the room that a bunch of people don't seem to notice. We owe right now a national debt that is equal to our Gross National Product. If every dollar we had went to spend went to debt elimination we couldn't pay it off in a year. Remember when there was talk of a balanced budget? That point does not pay any of the debt. In the future, out go must be smaller than income to pay off the debt. Remember the last time we seriously tried to do that Jimmy Carter was the President and the inflation rate went up to about 14% on houses. Instead of the Johnson, Bush(s) years of Guns and butter, we will be damned lucky to have bread and margarine.
I am sure that there are a lot of you out there that are starting your lives as we go into the 10's. The challenge won't be dealing with problems, but remaining enough flexibility to be able to deal with everything. There is almost no end of games, movies, music and TV to get people to a point where they forget what the hell the big deal is. Heck, a goodly percentage of people don't even vote to maintain our Republic. Happy New Year.
To borrow a line from Ron White, "I have the right to remain silent, I just don't have the ability."
MUD
Posted by MUD at 9:58 AM