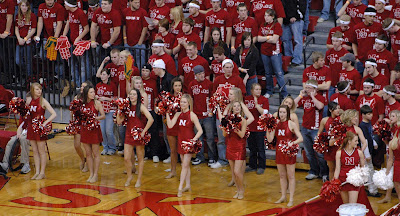 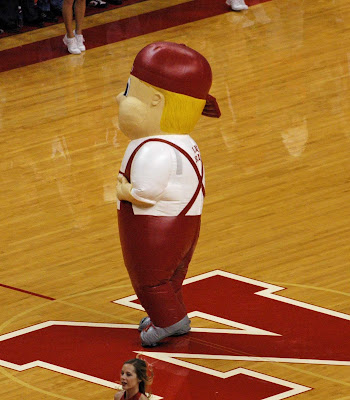 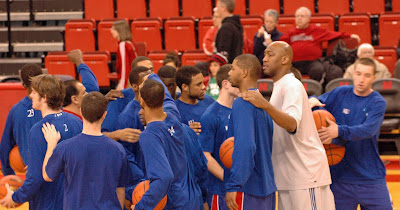 Half Time Drummers on Painter's Buckets 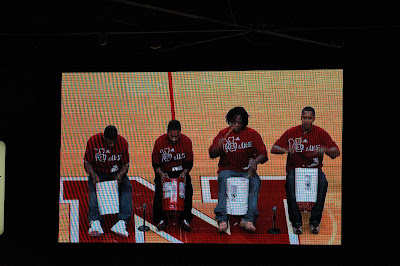 For some reasons I thought it was De vain ey Sports Center but I was wrong. Nebraska showed up ready to play and according to a fan as we walked out, "they won the first half." The Cornhuskers are a good team that will beat a lot of good teams in their own home. The good news is that the second half was when the Jay Hawks showed up to play their best. So far we have been to Baylor, Texas tech, Lawrence and Nebraska. Baylor had the best stadium we have seen. Texas tech was second, Nebraska third and KU 4th. The Devaney Sports Complex is tucked way out in the Fair Grounds and they don't have any good ground transportation. In fact, the buses stopped running at 6 PM.

Oh well, better take a cup of tea to Barb and see if she's going to sleep in or be ready to go soon.