WHAT THE DEER SEE 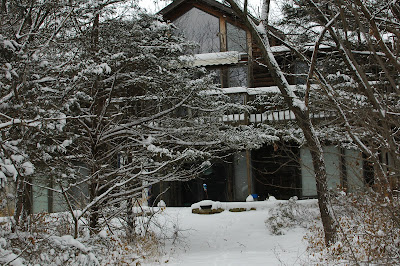 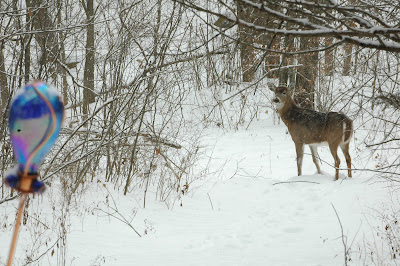 My creativity is low when I don't feel well. This darned high blood pressure combined with my tendency to have high(er) blood pressure on decongestants makes a simple cold less than fun. I run around with a Kleenex (Yes, I know that's a brand name and we use puffs for the most part) and a red nose. Barb claims that when I sneeze it hurts her ears. Being partially deaf from years in the Field Artillery doesn't help either.
Today the trial of Mr Reder goes on in Wichita. The Judge did allow a reference to abortion get in yesterday when the mention of the protesters came up. It seems that during their service, a time or two people have entered the church and shouted things. The judge is holding his decision for the defense to ask for a reduced charge based on the defendant felt he needed to kill to stop a killing. I'm not sure how you could get there from here but I tend to think that if the law makes it legal, who am I to perform an illegal act to stop it. I can't get enough duct tape around my head to keep it from exploding, to really be able to process the defense of self defense.

Dave has been called to Jury Duty for the second time. I have never been called to do Jury Duty. He indicated that it is a DUI case and he was asked about DUI's. He told them that he had a cousin killed by a drunk driver but they didn't dismiss him as a juror. I'm pretty confident that Dave will look at the facts and convict the bastard. No, Dave will do the right thing. In fact, he was selected as the Jury Foreman for the first time he was called. We didn't discuss the case at all, I got what I heard second hand.

I am sitting here waiting for my morning pills to kick in. So far the squirrels seem to be sharing the porch without making that chattering noise that annoys me. I haven't seen a hawk this morning but we did have a bird crash into the window upstairs yesterday and break its neck when one buzzed the feeder. The cat was in the garage at the time and I haven't looked to see if a varmint removed that critter carcass.

Oh well, better close this as I don't seem to be going anywhere worthwhile.