Premeditated Manslaughter? I don't Think So! 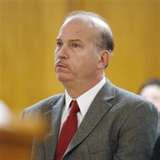 Can someone explain to me how killing an abortion provider is less of a crime than killing any one else? The courts in Kansas are going to let this man argue a case of killing to prevent the death of unborn children. He doesn't deny killing Dr Tiller, he just thinks it was OK. he wants to present that argument to a jury and it seems that a Judge has ruled that it is a defense.

There are times when I side on the role of mercy in our legal System and times I side on Justice. I am afraid that this is one of those Justice times. Either you are willing to do something and stand up and admit you did it or you are just another coward. In this case, I find killing a man in his church such a reprehensible act that I would apply the Mad Dog law. If more than one person saw you do it, they should take you out behind the Jail and shoot you. To now want to argue for Jury Nullification because it was a good thing is just not right.

We have free speech in this country for a reason. That is to redress the evils we find that have made it into our laws. Had this guy stood out in front of the Abortion Clinic, our court houses and Congress to oppose abortion, I would fully understand. He is allowed to keep weapons to Help defend the Constitution against all enemies, foreign and domestic. We are not allowed to keep our weapons to kill people doing what the Law says they can.

It is not consistent with my thinking that you can kill a human being with a hand gun and not be found responsible. The same sense that makes people feel strongly about abortion should kick in when it comes to the Premeditated Murder of another. To do it in his church is just beyond the scope of all I find right.