The Photos used here were taken by Barbara Petty and we would rather that you not use them separate from this story. 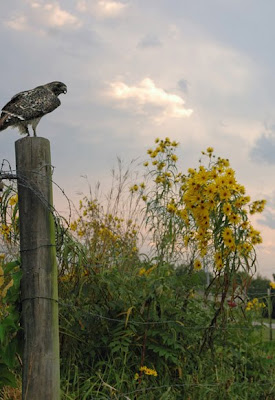 A typical scene that we see is the hawks on the wing as they are beautiful. They do however hunt from trees and the top of telephone poles. 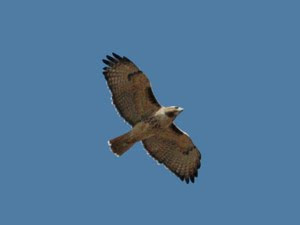 Kansas is a rectangle approximately 200 miles tall and 400 miles from East to West. Yes, the corner of the State is kind of chewed off by the Missouri River but that is no big deal. Marking the division of the eastern 1/4 of State running from Nebraska to Oklahoma is a Highway we call the "Hawk a Mile Highway. In the last couple of weeks, we have driven the entire route and noted that for almost every mile we drove, we saw a hawk either on a telephone pole, in a tree or on a fence ready to pounce on a field mouse. If that is any indication of the health of the animals and birds in our state, we are doing fairly well. 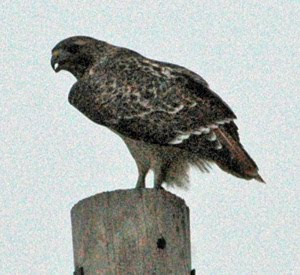 You first enter the State on US 75 up north of Sabetha. You drive past miles of corn fields with gently rolling hills. We didn't see many cattle in the fields of Nebraska and started to see the feeding operations there south of Sabetha. There aren't as many trees up there so you tend to see the hawks on telephone poles. 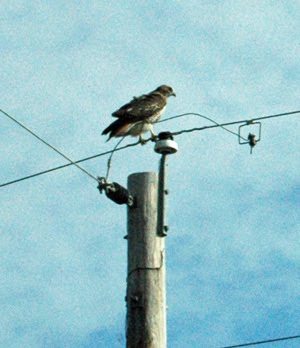 Driving down US 75, you pass the part of the State that is Indian reservations. SAC, FOX, Pottawatomie tribes were moved to NE Kansas and flourished. You pass two casinos right near US 75 and another over by Horton off the highway a few miles. At one time the reservations were a place to buy gasoline and not pay the full State Tax. That made the gas10 to 15 cents per gallon cheaper. Not so much any more. About 50 miles south of the Nebraska border, you enter the Capitol City of Topeka. 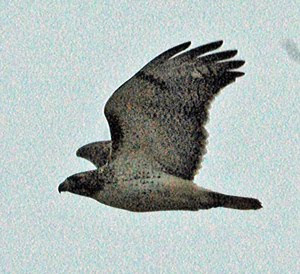 Topeka is the only State capitol city with out air service. We have a great airport but most people will drive to the airport over in Kansas City rather than fly. Other than that one minor deviation, Topeka lives like a combination of a large and small city. There are wonderful schools, a couple of great lakes and many entertainment venues. In addition to the Brown vs Board of Education Federal site, we have the Kansas Museum of Natural History, the Kansas National Guard Museum and the Combat Air Museum. Our Performing Arts Center brings a lot of acts to their downtown facility and we have a hockey team in our Expocentre. In each season, there is baseball, soccer and a major Drag strip here in Topeka. 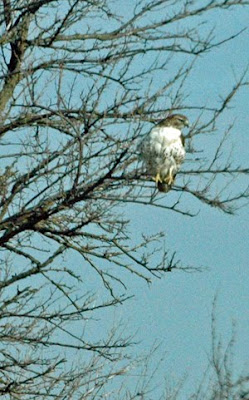 Going South out of Topeka, you drive through the middle of lake country. Where the rivers at one time ran out of their banks and cause flooding, the feds built dams to impound water in nice fishing lakes. Pomona Lake, Melvern Lake, John Redmon Reservoir and the Wolf Creek lake also provide some excellent fishing and recreational boating. The end of the lake country is marked by seeing the Wolf Creek Nuclear Power Plant as you pass the Coffee County Airport.

Did I mention the BETO Junction. Where US 75 and I 35 cross, the roads lead to Burlington, Emporia, Topeka and Ottawa (BETO) there is a truck stop with the biggest cinnamon rolls available. The next 35 to 40 miles down US 75 is cattle country at its best. In fact, Yates Center calls itself the Hay Capitol of the World. Those gently rolling hills are covered with grass that during the spring and summer months feed large herds of cattle. 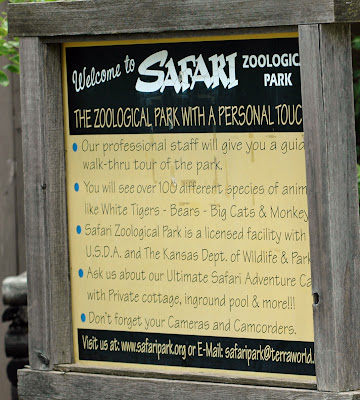 Heading South from Yates Center you begin to see a lot more wooded country and a few Oil wells along the road. To me it is a very pretty part of Kansas down the road past the Little House on the Prairie site.
If you don't take the opportunity to stop in Caney and see the white tigers in the Safari Zoo, don't say I didn't tell you about it. There was a Golden Retriever that adopted two tiger cubs when they were rejected by their mother. She raised them. nursed them and they are now way too big to play with Momma. The other animals there are a great collection to include a pack of coyotes that you normally don't get a change to see closer than a mile of so. 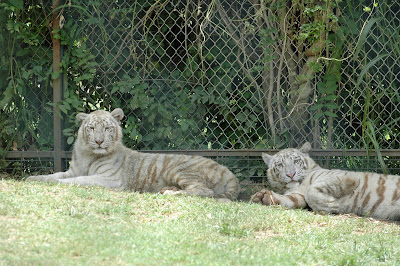 Headed south of Caney, you enter Oklahoma and their Indian Reservations. If you want to know about their State, go to their travel and tourism blog.
Posted by MUD at 1:50 PM