Not Every Remark is Racist 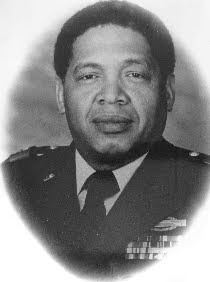 Poor Old Harry Reid is busy catching hell over a remark made in 2008. His comment was that Barack could as a light skinned, well spoken black man could get elected. (Not an exact quote, if you need that, go look it up) My point is that once upon a time I made a similar comment to a Black Colonel and he tried to bite my head off. I said that with his excellent combat record and fine leadership assignments he could easily be the first Black General in the Kansas Army National Guard. My point was then, as it is now, that every contest has a winner and sometimes only slightly differentiating factors decide the race. As it turned out, I was right and Lonnie did go on to be a Brigadier General and poor old Harry was right about Barry.

I have about had it with all the political correctness out there. You find a word to use and I will try to get it right. Black, African American, colored, pick one of the damned things and I will try to get it the way you want it. I do refuse to call blacks, "Niggers" like most of the Black Entertainers do. I grew up in a neighborhood of Arkies and Oakies and that was the only word they knew to use. I have grown up to be somebody different than that influence so I chose not to use that term. I do not like what Barry Obama has done but it darn sure has nothing to do with his color.

I think that now that we have a President of Color, it is approaching the time we forget about skin color as a factor. After 30 years of serving the Military, I have seen men and women of all races come and go. Those that wanted to work hard and contribute to our programs have gone on to better things and higher ranks. Those that didn't work hard or perform only made it as far as the door. Did you notice that I didn't say anything about color? Mostly because I think green is the Army Color and It takes light green and dark green to make a proper camouflage.
MUD
Posted by MUD at 12:23 PM